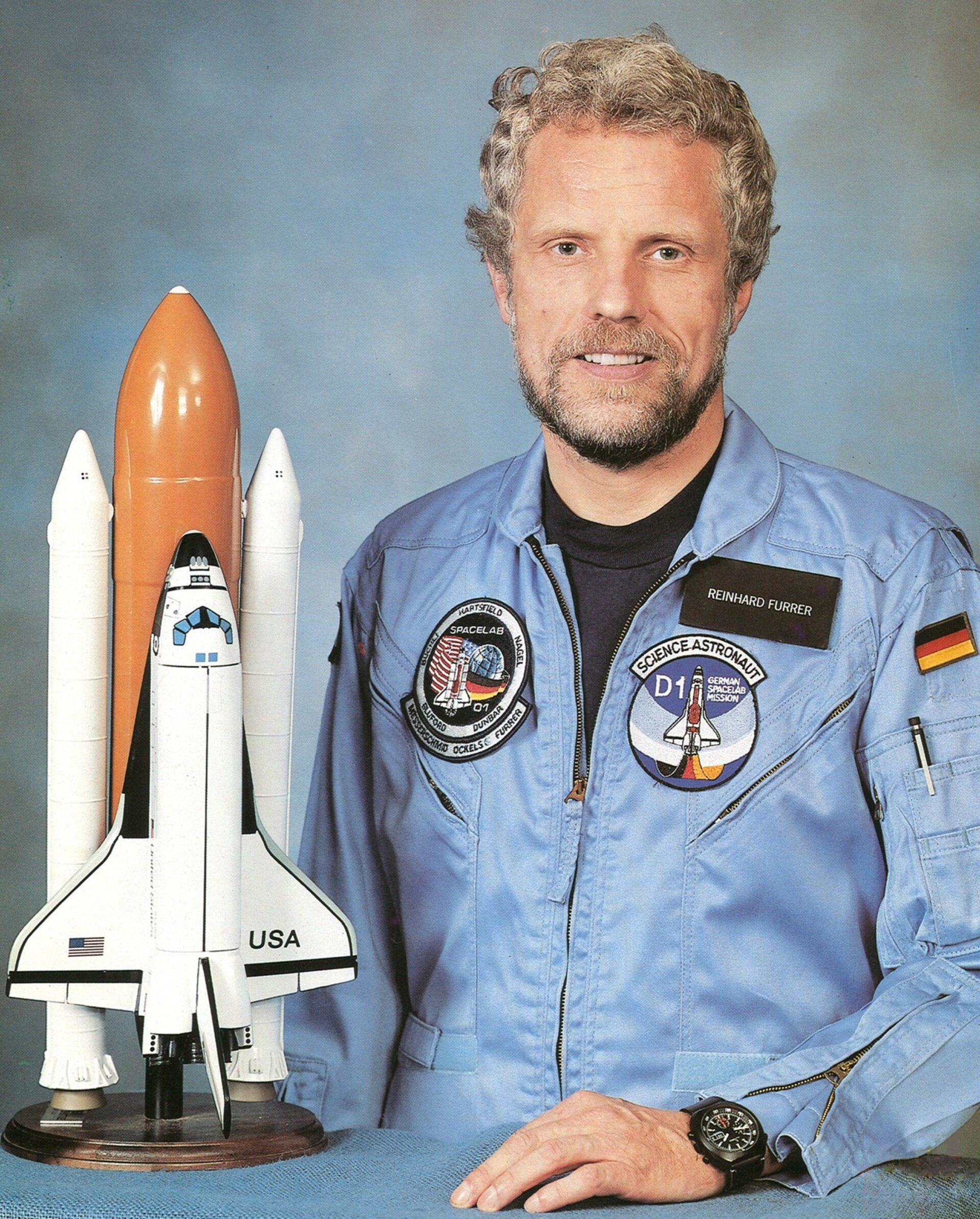 Reinhard Furrer was professor of physics at Stuttgart when he applied for selection as an ESA astronaut for the first Spacelab mission in 1977. He made it into the final round of candidates, although Ulf Merbold was finally selected. In 1982, DLR selected its own astronauts for the first German Spacelab mission (D1) and Furrer was one of the two chosen. He was a Payload Specialist on Space Shuttle flight STS-61A, launched on 30 October 1985. After his spaceflight, he became a professor as well as Director of the Institute of Space Sciences at the Free University of Berlin. He died in a plane crash in 1995.