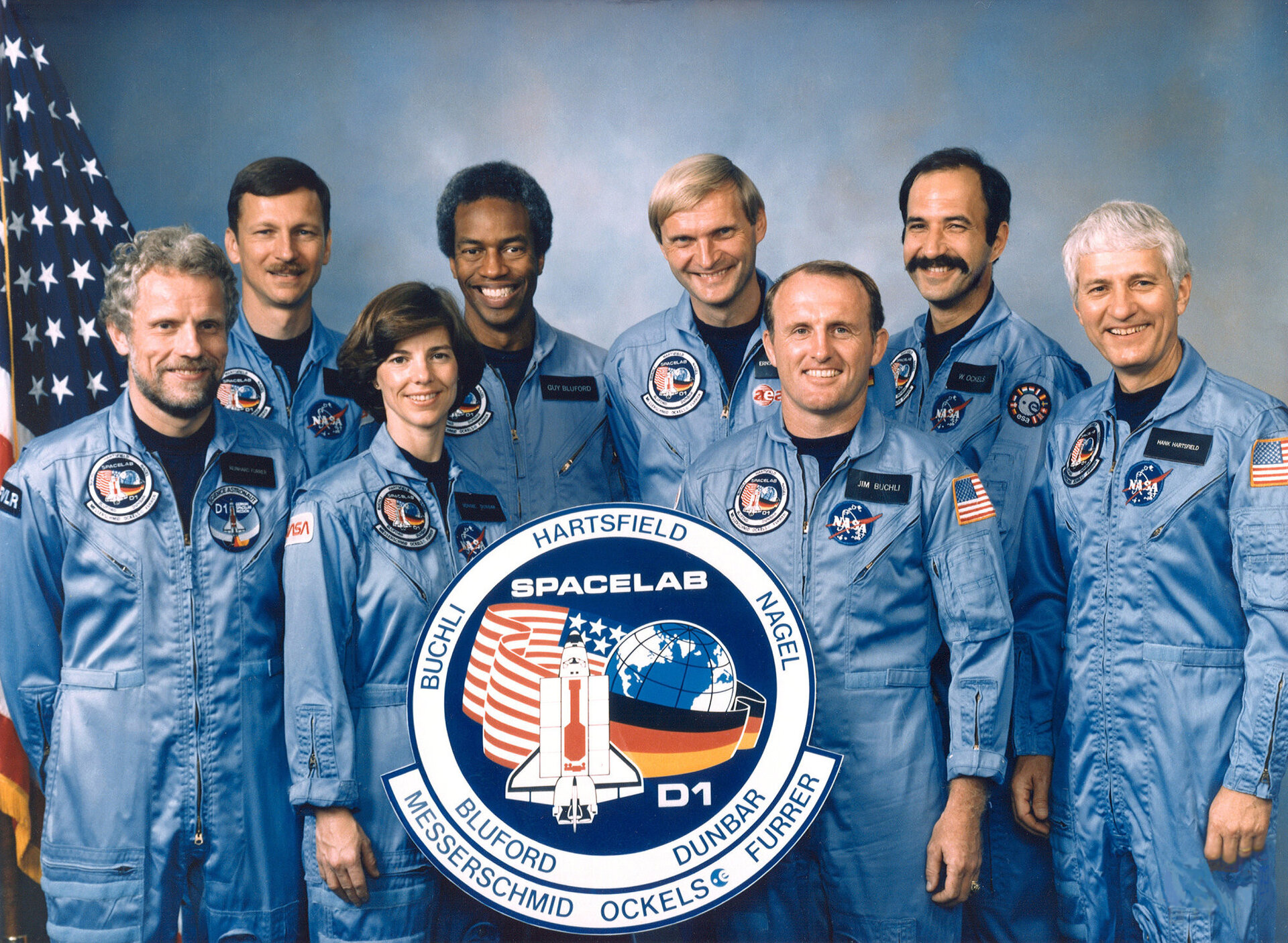 STS-61A was a scientific Spacelab mission funded and controlled by West Germany, hence the name D1 (for Deutschland 1), in October/November 1985. On board the Space Shuttle Challenger were Henry Hartsfield, Steven Nagel, Bonnie Dunbar, James Buchli, Guion Bluford, Ernst Messerschmid (DE), Reinhard Furrer (DE) and ESA astronaut Wubbo Ockels (NL). STS-61A holds the record for the largest crew, eight people, aboard any single spacecraft for the entire period from launch to landing. This was also the last successful flight of Challenger.