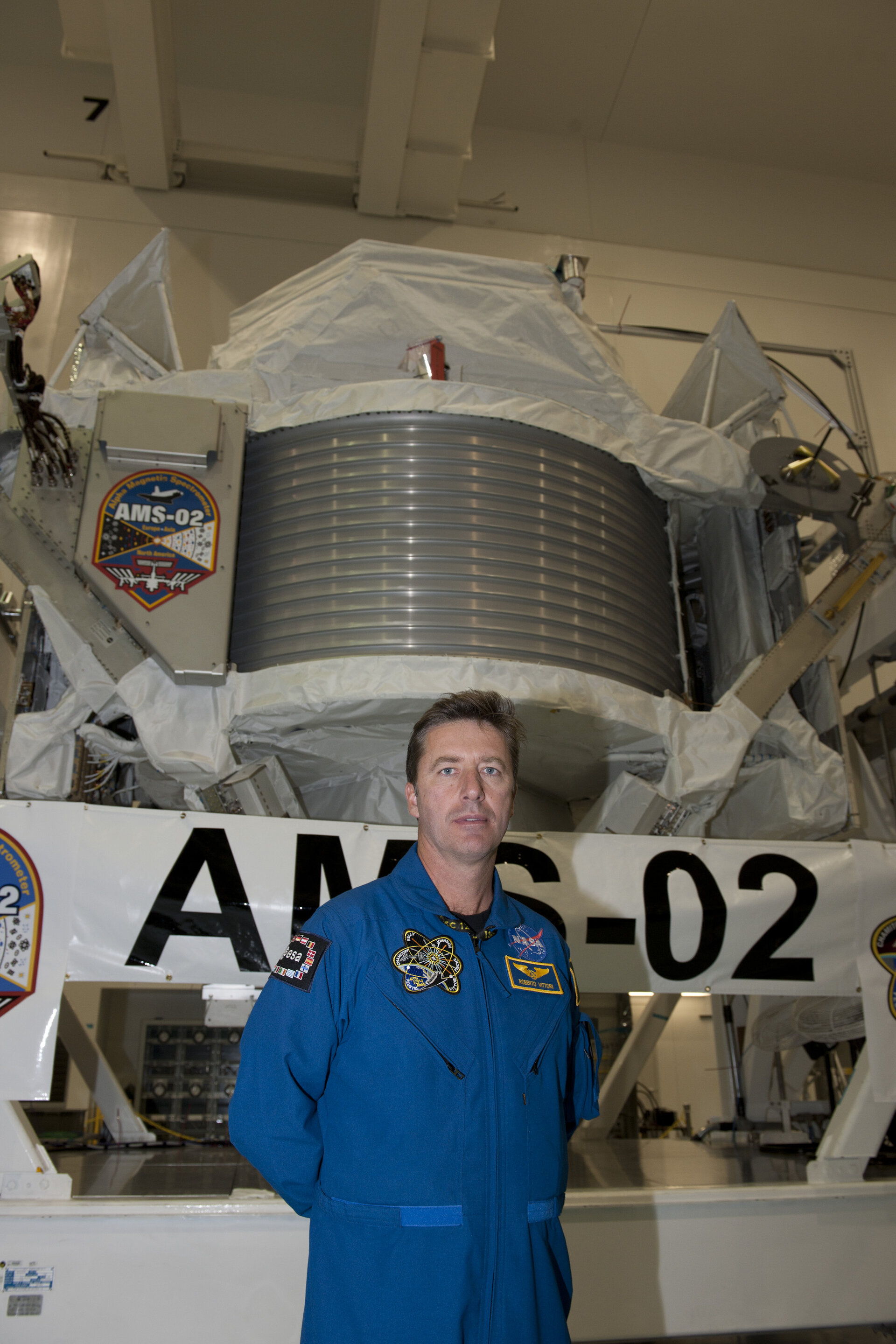 Roberto Vittori in front of AMS-02

ESA astronaut Roberto Vittori, from Italy, during the preflight training program called the Crew Equipment Interface Test, or CEIT, 8 November 2010. CEIT is held at NASA's Kennedy Space Center in Florida, prior to every mission.
Roberto Vittori is assigned to fly to the ISS on Space Shuttle Endeavour STS-134, targeted for launch on 29 April 2011.

The main cargo of the flight is the Alpha Magnetic Spectrometer (AMS-02), a massive scientific instrument that will be installed on the ISS central truss .