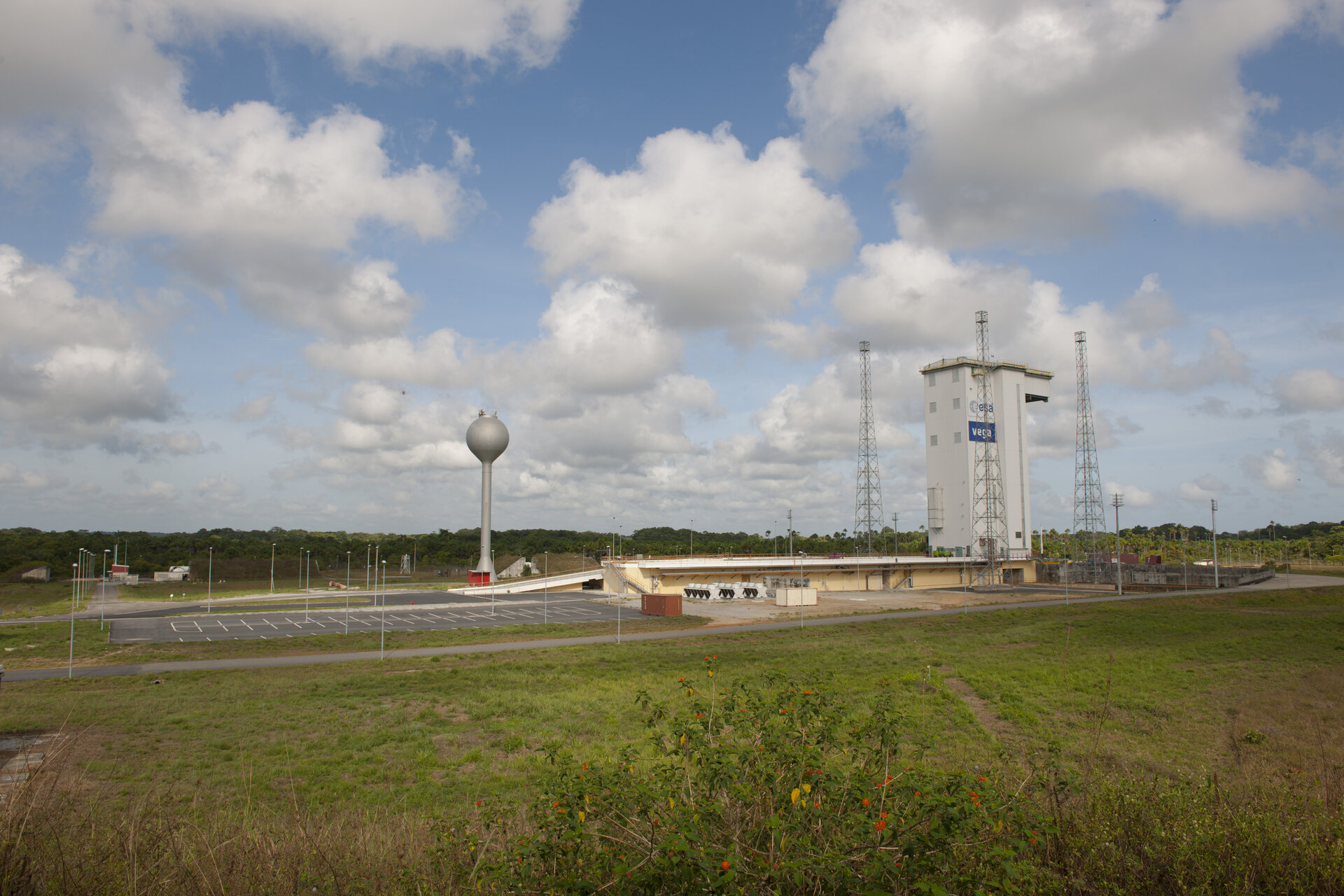 The Vega launch site is located on the old ELA-1 complex, which was originally used for Ariane-1 and Ariane-3 missions.


The launch pad and infrastructure have been adapted to meet the operational requirements of the Vega launcher. It retains its pair of original flame ducts, which will channel Vega’s exhaust gases during ignition and liftoff. A new fixed umbilical mast will provide power and environmental control connections to the launcher and its payloads from mission preparations to the final countdown and liftoff.

The Vega launch pad is surrounded by four lightning protection towers, which are a feature of all the pads at CSG.