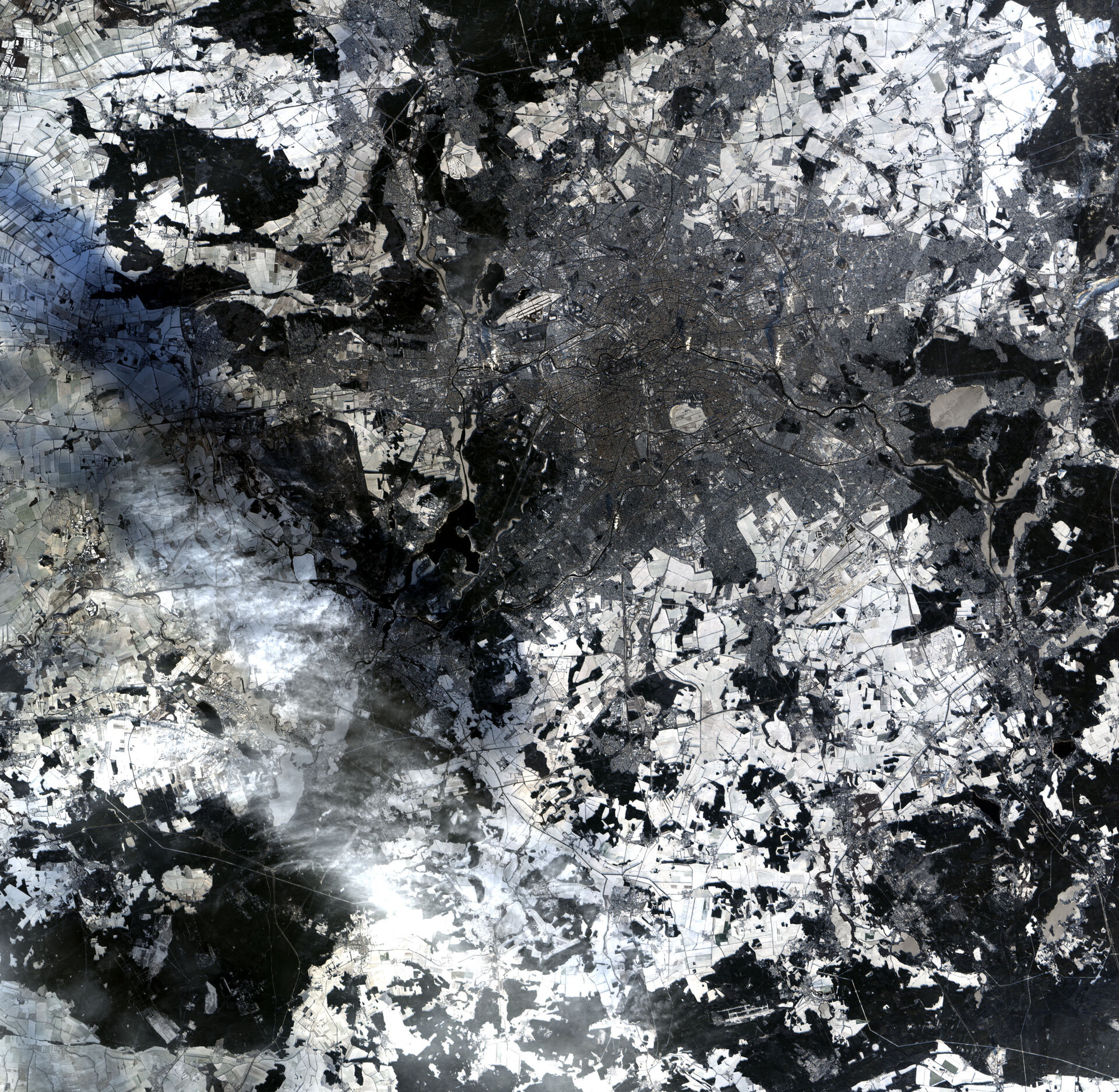 This wintery ALOS image captures the German capital city of Berlin surrounded by snow. Berlin's three airports can be seen in the image. Tegel airport, which is the long thin structure to the northwest of the centre, the old Tempelhof airport is the large hexagonal structure just south of the city and the new Brandenburg International lies to the southwest covered by snow.

ESA supports the Japanese ALOS satellite as a Third Party Mission, which means ESA utilises its multi-mission European ground infrastructure and expertise to acquire, process and distribute data from the satellite to its wide user community.