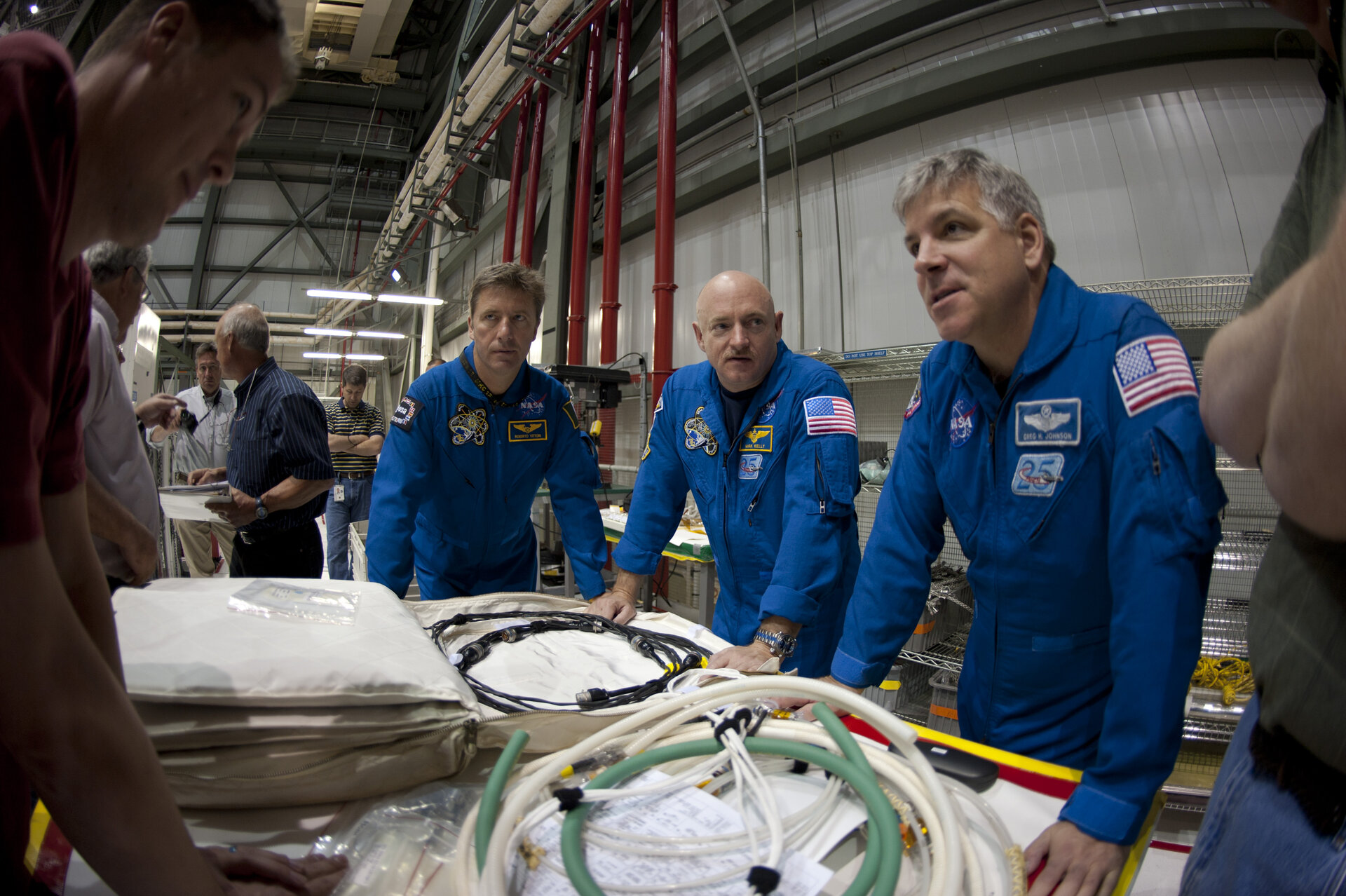 In the Orbiter Processing Facility-2 at NASA's Kennedy Space Center in Florida, STS-134 Mission crew and ESA astronaut Roberto Vittori check out tools and equipment they will be using in space, on 9 November 2010. The six STS-134 astronauts are at Kennedy participating in the Crew Equipment Interface Test (CEIT), which gives them an opportunity for hands-on training and familiarization of the payload they'll be delivering to the International Space Station. Space shuttle Endeavour is targeted to launch on the STS-134 mission 29 April 2011.