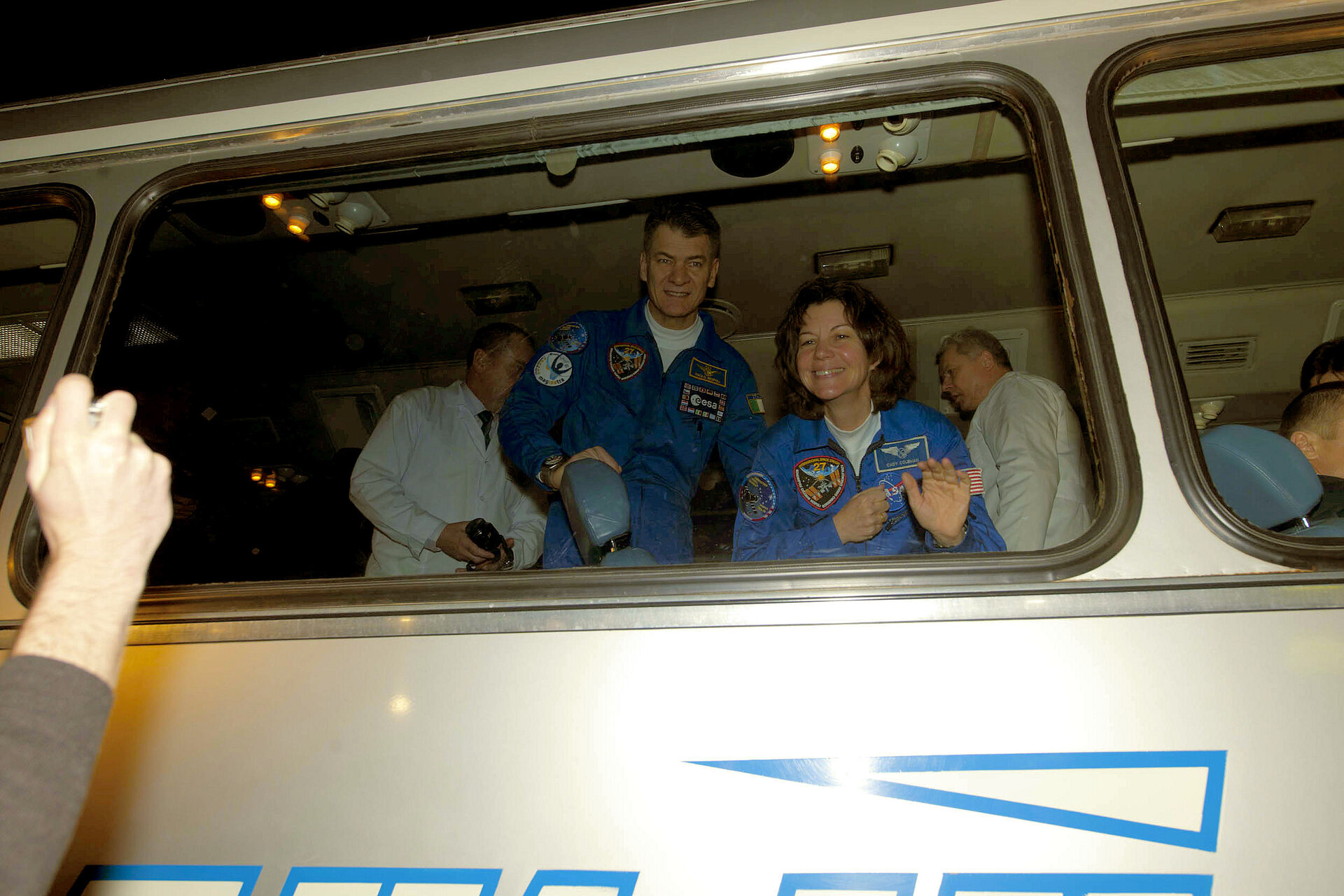 ESA's astronaut Paolo Nespoli and his crewmates leaving the Cosmonaut Hotel at Baikonur Cosmodrome, Kazakhstan, on 15 December 2010, after signing the door of the room they occupied and after being blessed by Russian Orthodox priest.

ESA's astronaut Paolo Nespoli will be launched in a Soyuz TMA-20 spacecraft from Baikonur Cosmodrome in Kazakhstan on 15 December at 20:09 CET with Dmitri Kondratyev and Catherine Coleman for a challenging 6-month mission on the International Space Station (ISS) as members of Expeditions 26/27.

Paolo’s MagISStra mission will be Europe’s third long-duration mission on the ISS. Between December 2010 and June 2011 he will be part of the ISS crew as a flight engineer.