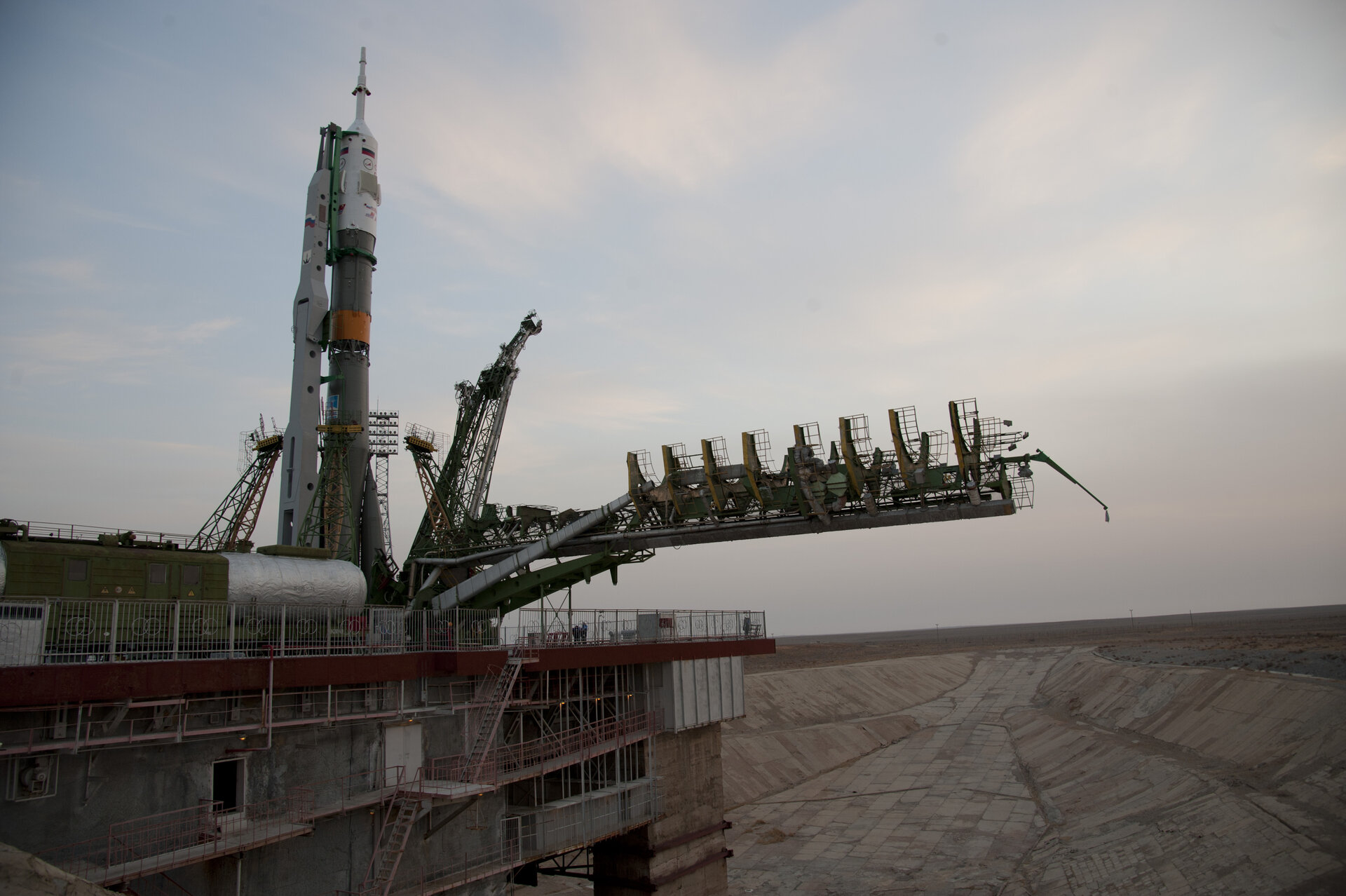 The Soyuz launcher arrived at the launch pad at the Baikonur Cosmodrome, Kazakhstan, on 13 December 2010.