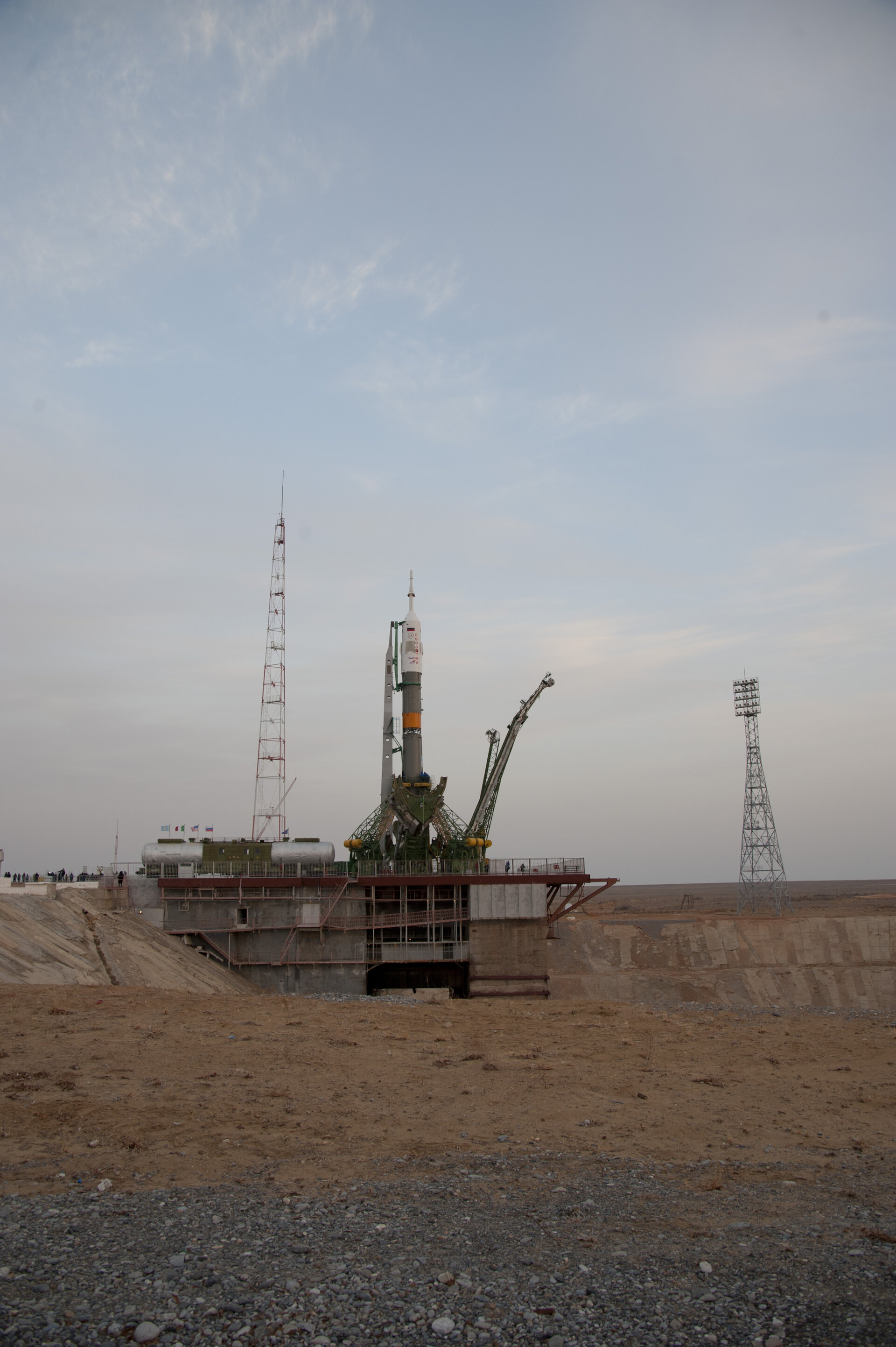 The Soyuz launcher standing at the launch pad at the Baikonur Cosmodrome, Kazakhstan, after being rolled out from the processing facility and transported to the pad on the freezing morning of 13 December 2010.