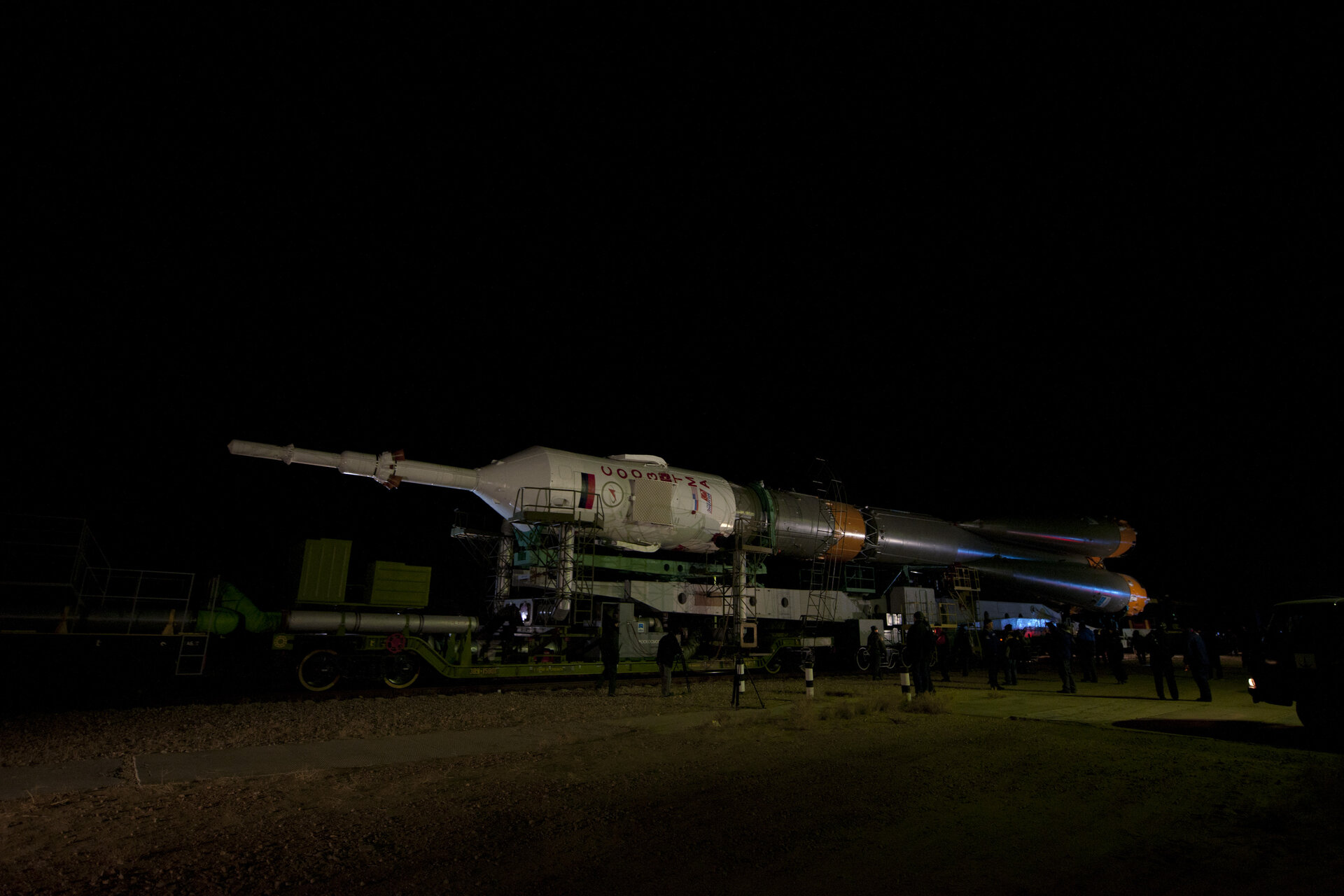 The Soyuz launcher is transfered to the launch pad

The Soyuz launcher carrying the Soyuz TMA-20 spacecraft is transported to the launch pad at the Baikonur Cosmodrome, Kazakhstan, 13 December 2010.