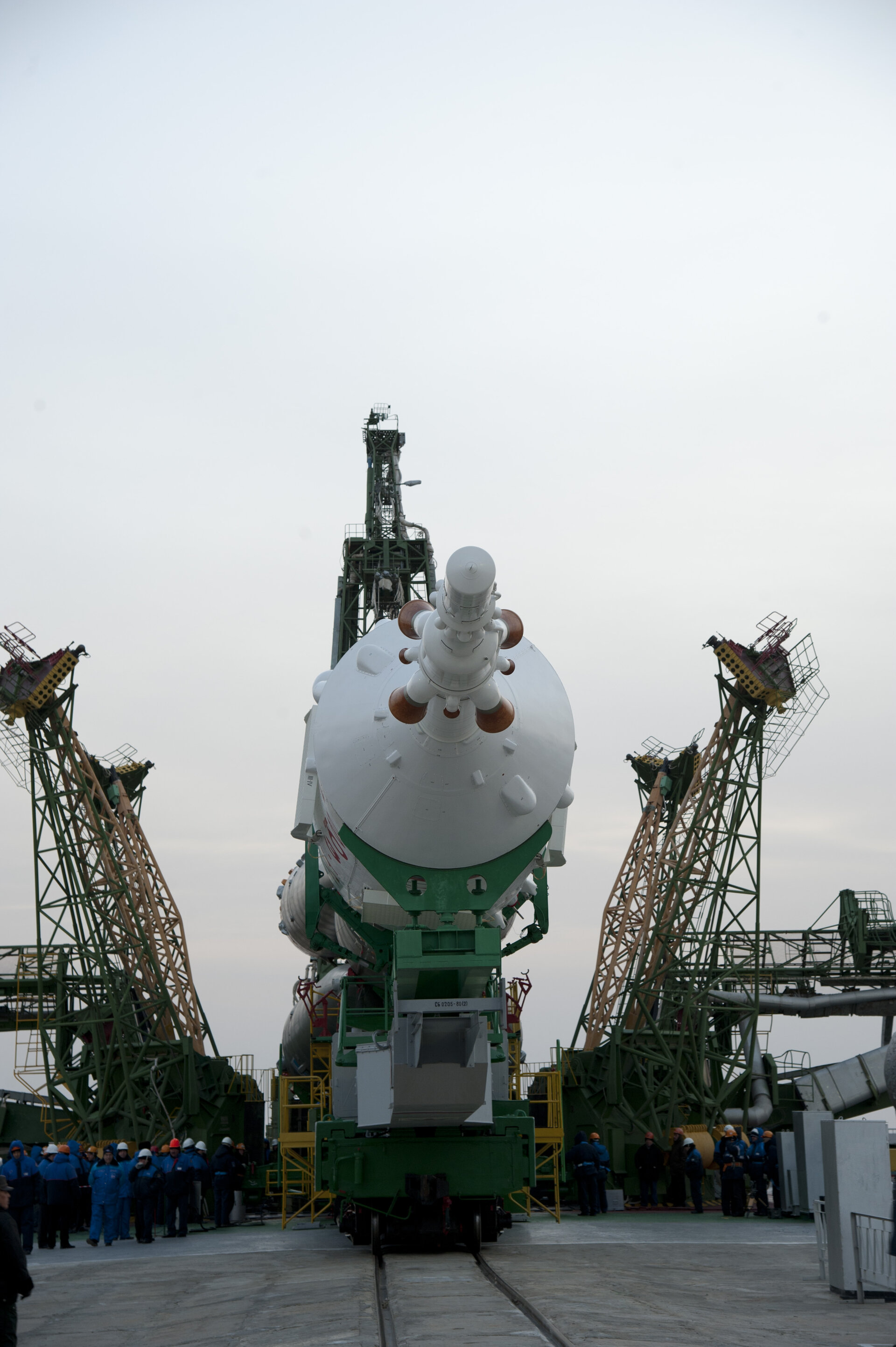 Transfer of the Soyuz launcher

The Soyuz launcher carrying the Soyuz TMA-20 spacecraft is waiting to be raised to standing position after being transported to the launch pad at the Baikonur Cosmodrome, Kazakhstan, on 13 December 2010.