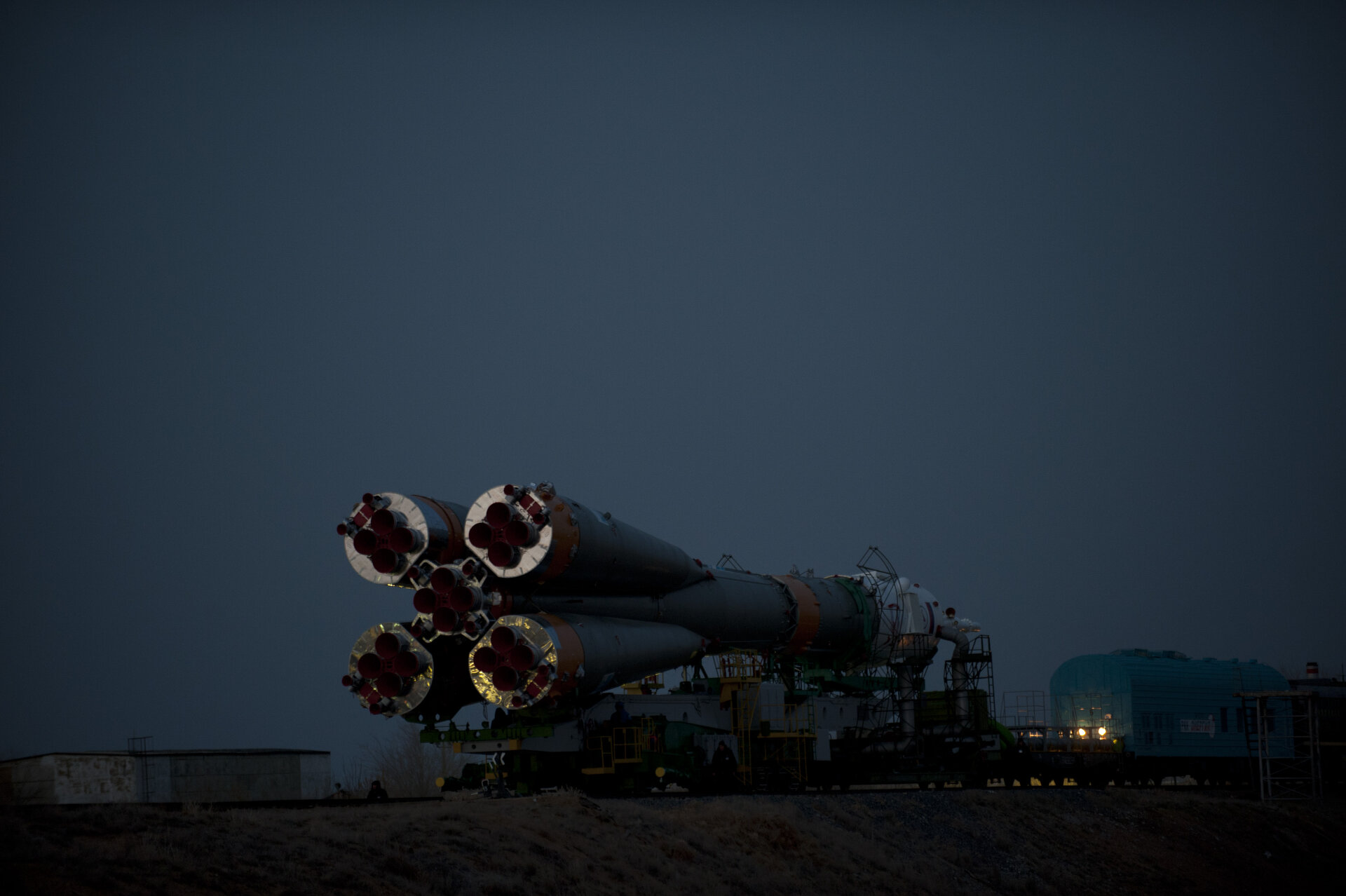 Transfer of the Soyuz launcher

The Soyuz launcher carrying the Soyuz TMA-20 spacecraft is rolled out and transported to the launch pad at the Baikonur Cosmodrome, Kazakhstan, 13 December 2010. On 15 December 2010, it lofted ESA astronaut Paolo Nespoli with Dmitri Kondratyev and Catherine Coleman to space for a six-month mission on the International Space Station (ISS) as members of Expeditions 26/27.