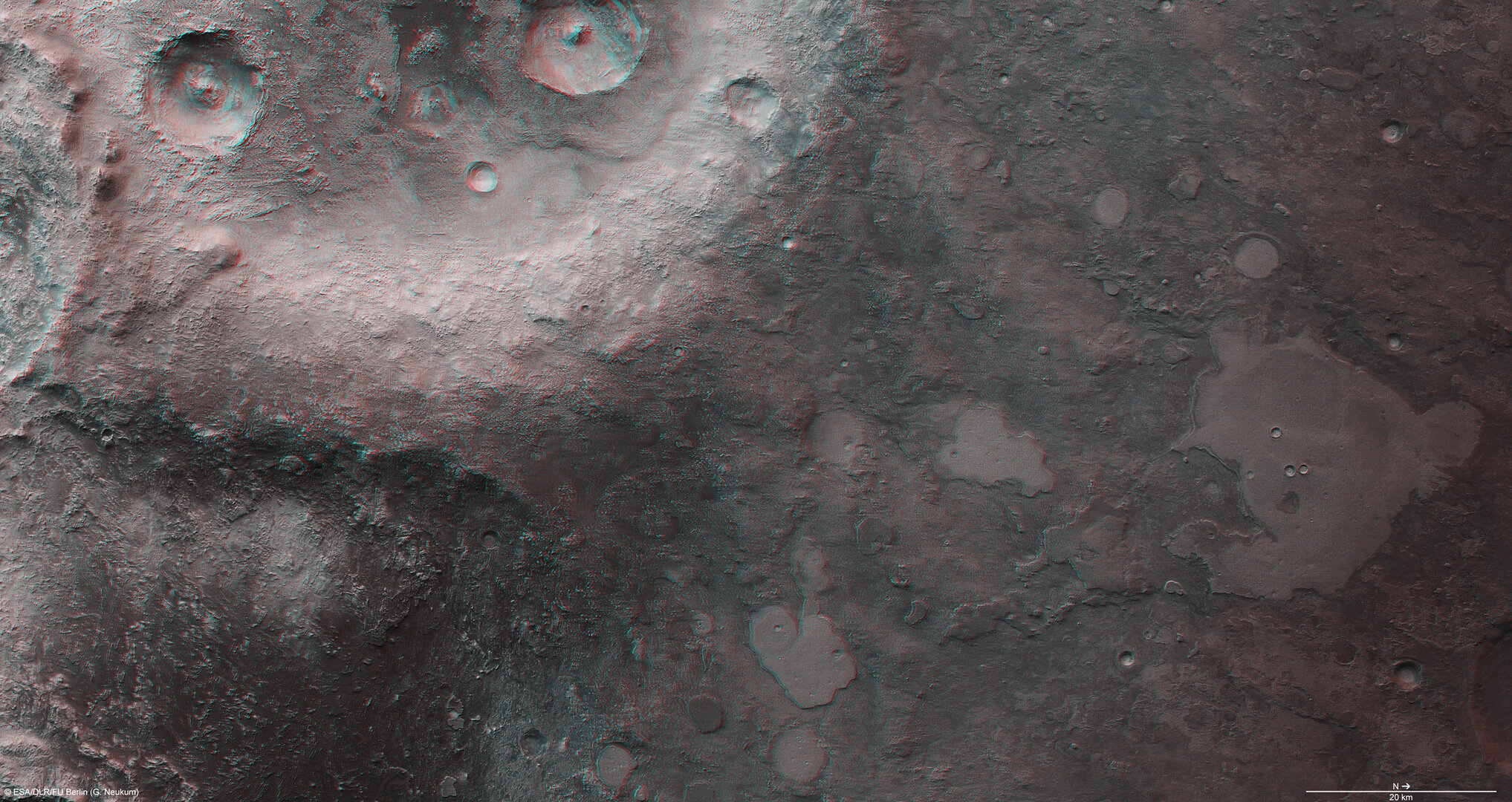 Extending 159 km by 87 km, this image shows a region with an area about a third the size of Denmark. It is the eastern part of Arabia Terra, part of the highlands of Mars, stretching east to west across 4500 km in the northern hemisphere. The High Resolution Stereo Camera (HRSC) on ESA’s Mars Express took this image. It was obtained during orbit 7457 on 26 October 2009 and has a resolution of about 18 m per pixel. It combines data from the nadir channel and one stereo channel of HRSC to produce this 3D image. Stereoscopic glasses are required to see the 3D effect.