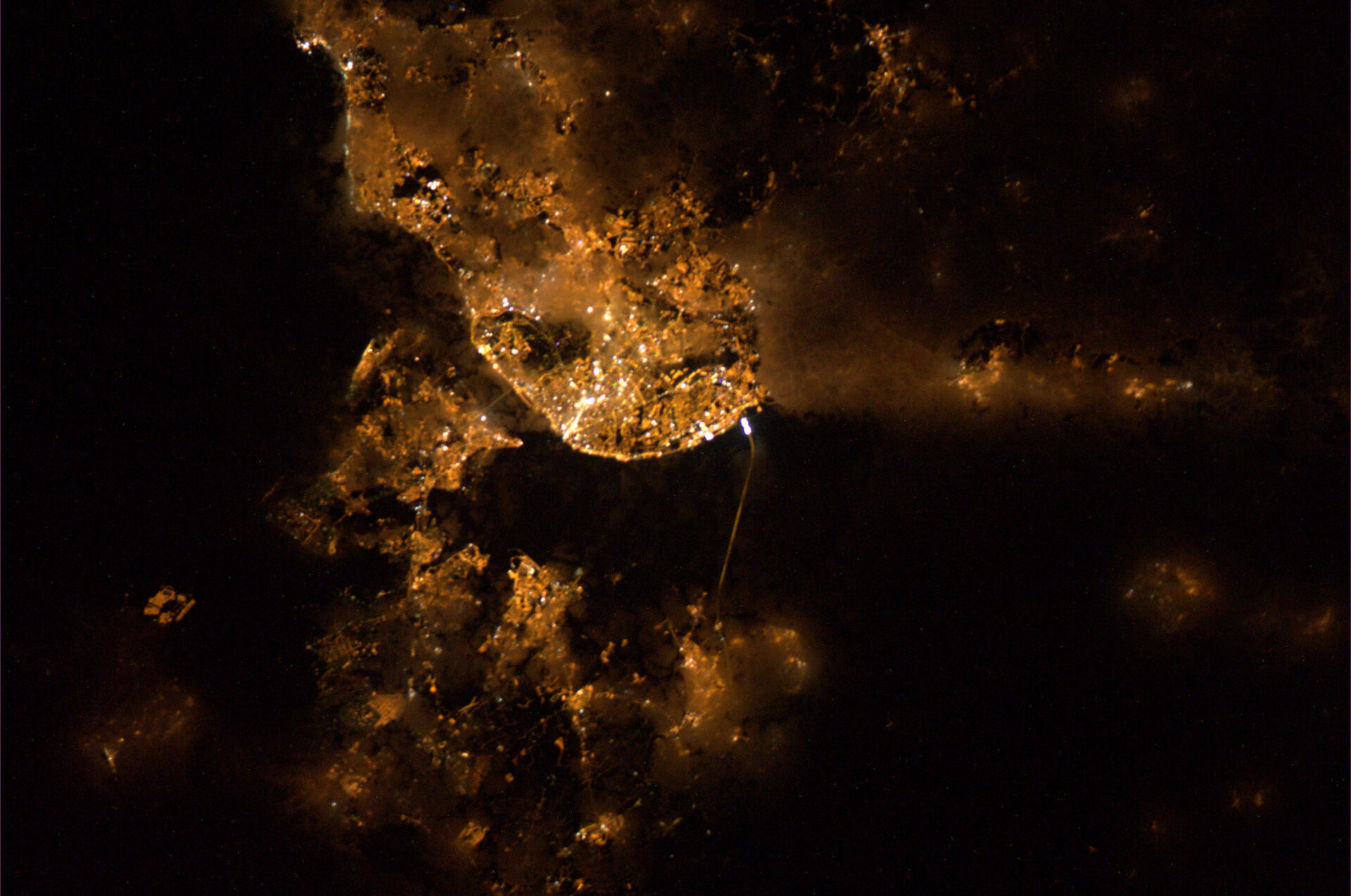 Lisbon by night as seen from space.