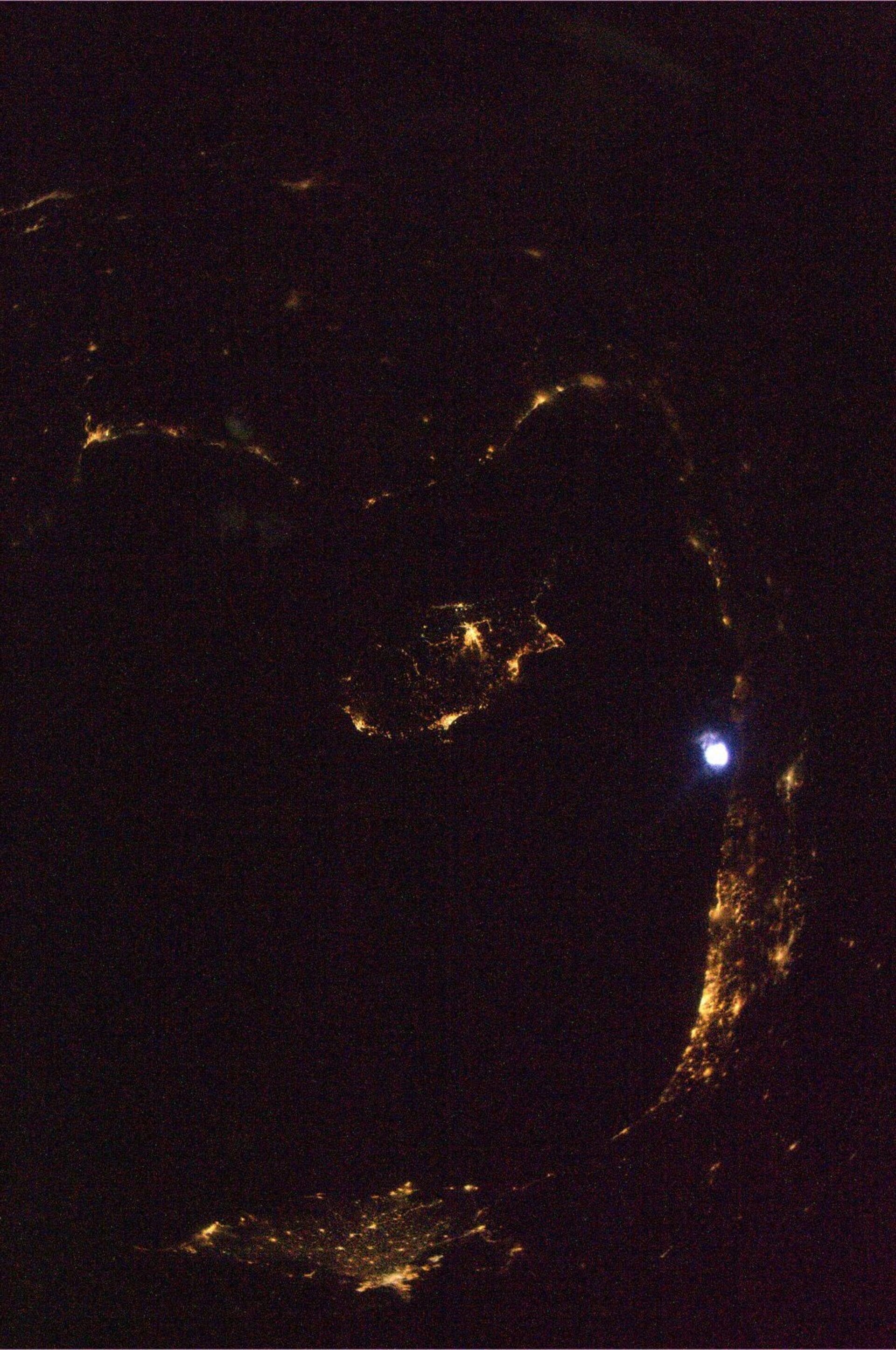 Mediterranean sea with Cyprus by night as seen from space.

ESA's Italian astronaut Paolo Nespoli took this photo on 30 December 2010 from the International Space Station, where he is serving as a flight engineer with Cady Coleman, Dmitri Kondratyev, Oleg Skripochka, Alexander Kaleri and commander Scott Kelly.