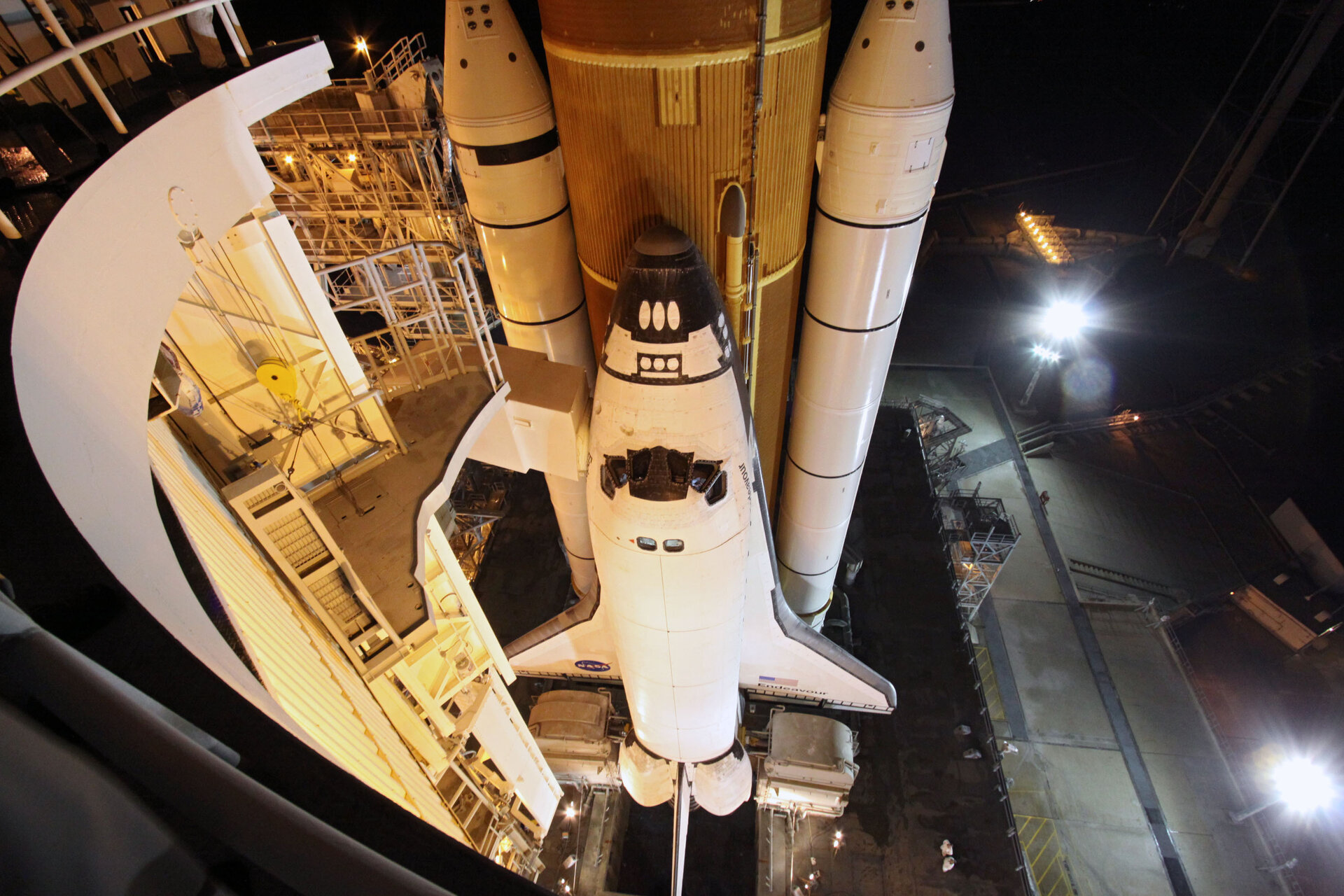 Endeavour on Launch Pad 39A

At NASA's Kennedy Space Center in Florida, Space Shuttle Endeavour is illuminated by bright xenon lights on Launch Pad 39A after the rotating service structure (RSS) was moved away. The structure provides weather protection and access to the shuttle while it awaits lift off on the pad. RSS "rollback," as it's called, began on April 28. STS-134 will deliver the Express Logistics Carrier-3, Alpha Magnetic Spectrometer-2 (AMS), a high-pressure gas tank and additional spare parts for the Dextre robotic helper to the International Space Station. Endeavour was scheduled to on April 29, but that attempt was scrubbedbecause of an issue associated with the shuttle's Auxiliary Power Unit 1. STS-134 will be the final spaceflight for Endeavour and the launch is now slated for 16 May.