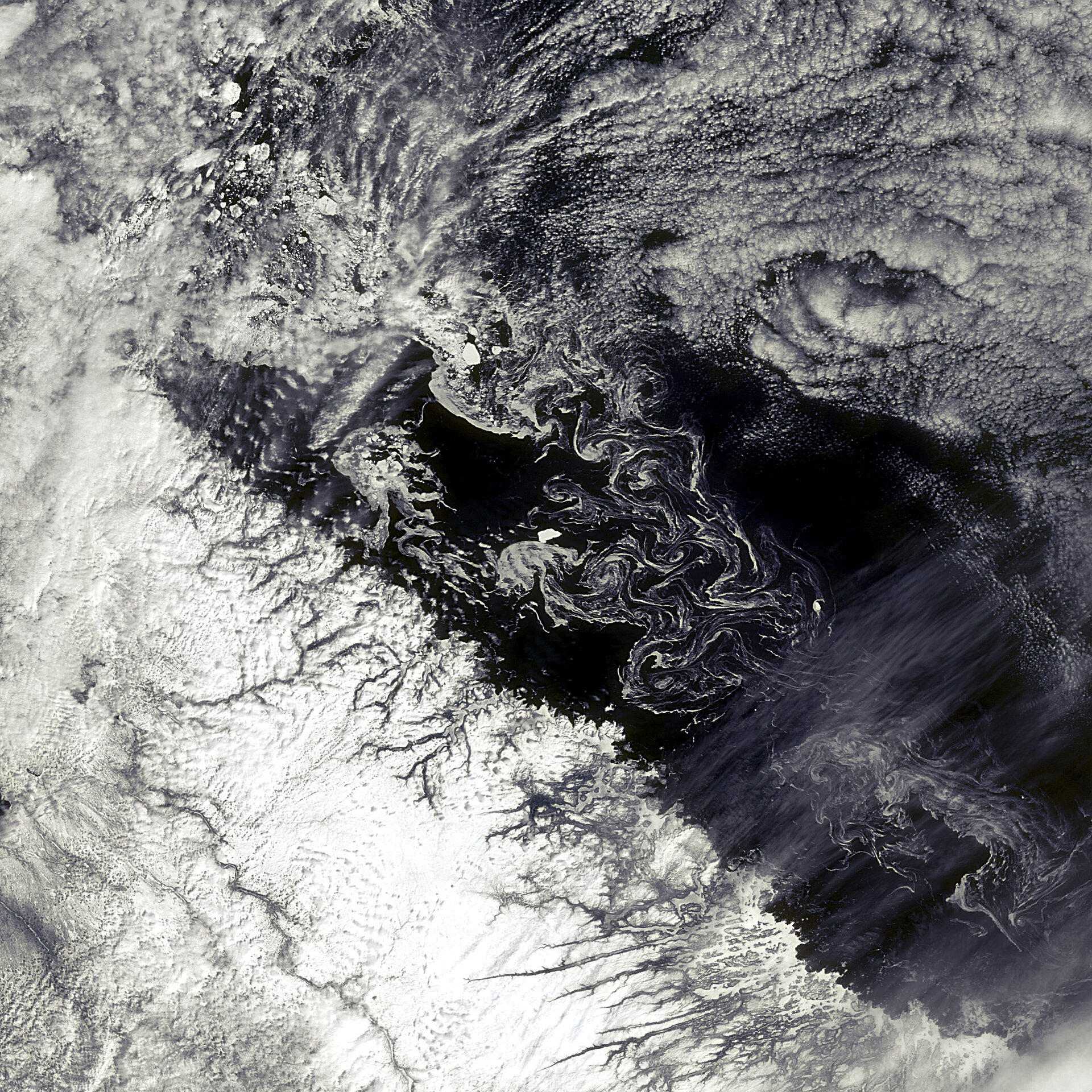 A large chunk of the massive iceberg (centre) that broke off Greenland’s Petermann Glacier in August 2010 is featured floating in the Labrador Sea off the eastern coast of Labrador in this Envisat image, acquired on 4 May 2011 by the Medium Resolution Imaging Spectrometer (MERIS) instrument.

More than 1000 icebergs flow off southern Labrador and northern Newfoundland from late May to late June, earning the area the nickname 'Iceberg Alley'.
Ice floes (top) are visible drifting southwards in the sea. White swirls indicate drift of the small pieces of ice in response to ocean vortexes, or 'eddies', and are an expression of the ocean surface currents.