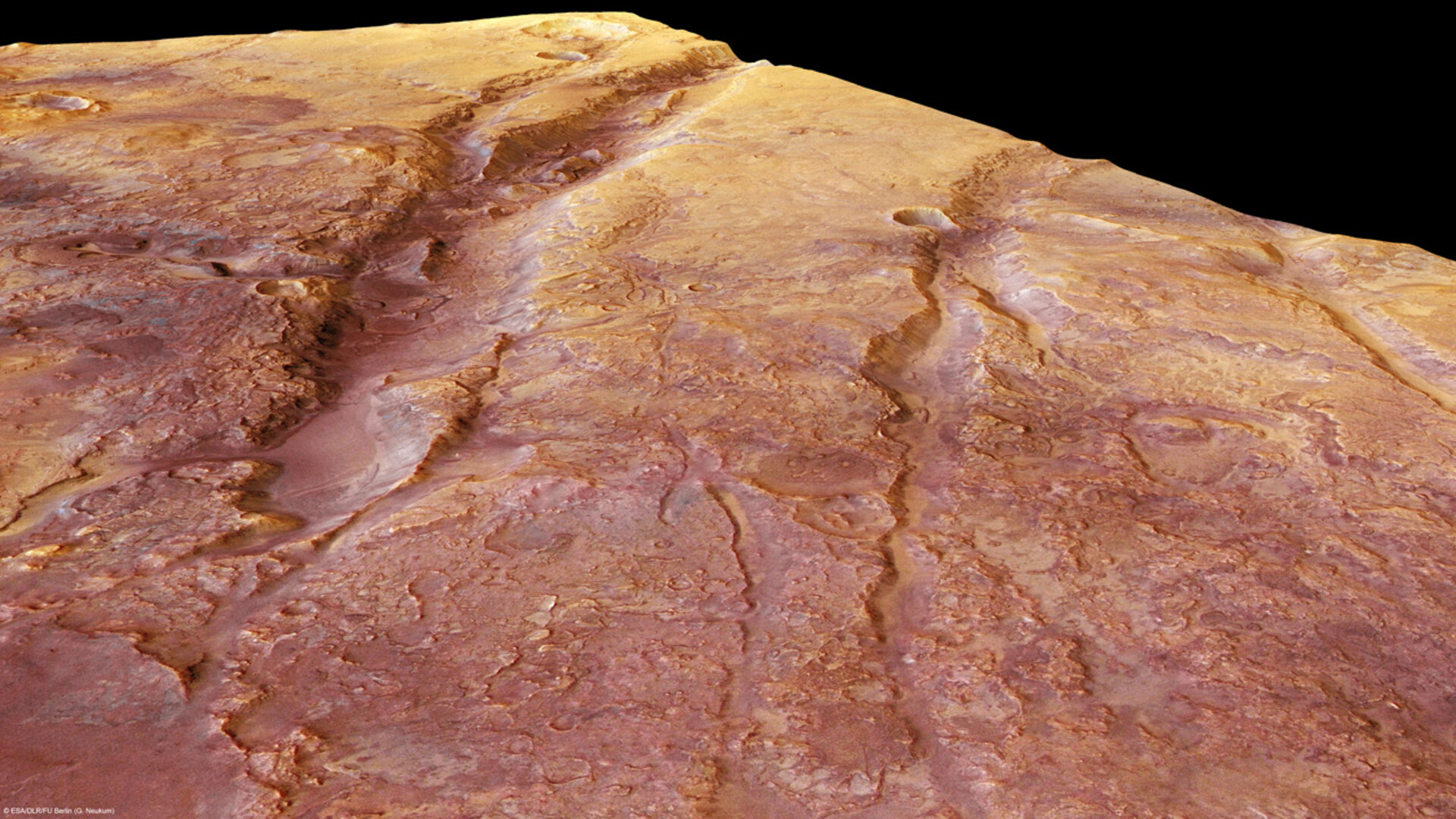 Nili Fossae is a graben system on Mars, northeast of the Syrtis Major volcanic province, on the northwestern edge of the giant Isidis impact basin. Some of these incisions into the martian crust are up to 500 m deep and probably formed at the same time as the basin. The High-Resolution Stereo Camera on ESA’s Mars Express took this image. These perspective views have been calculated from the Digital Terrain Model derived from the stereo channels.