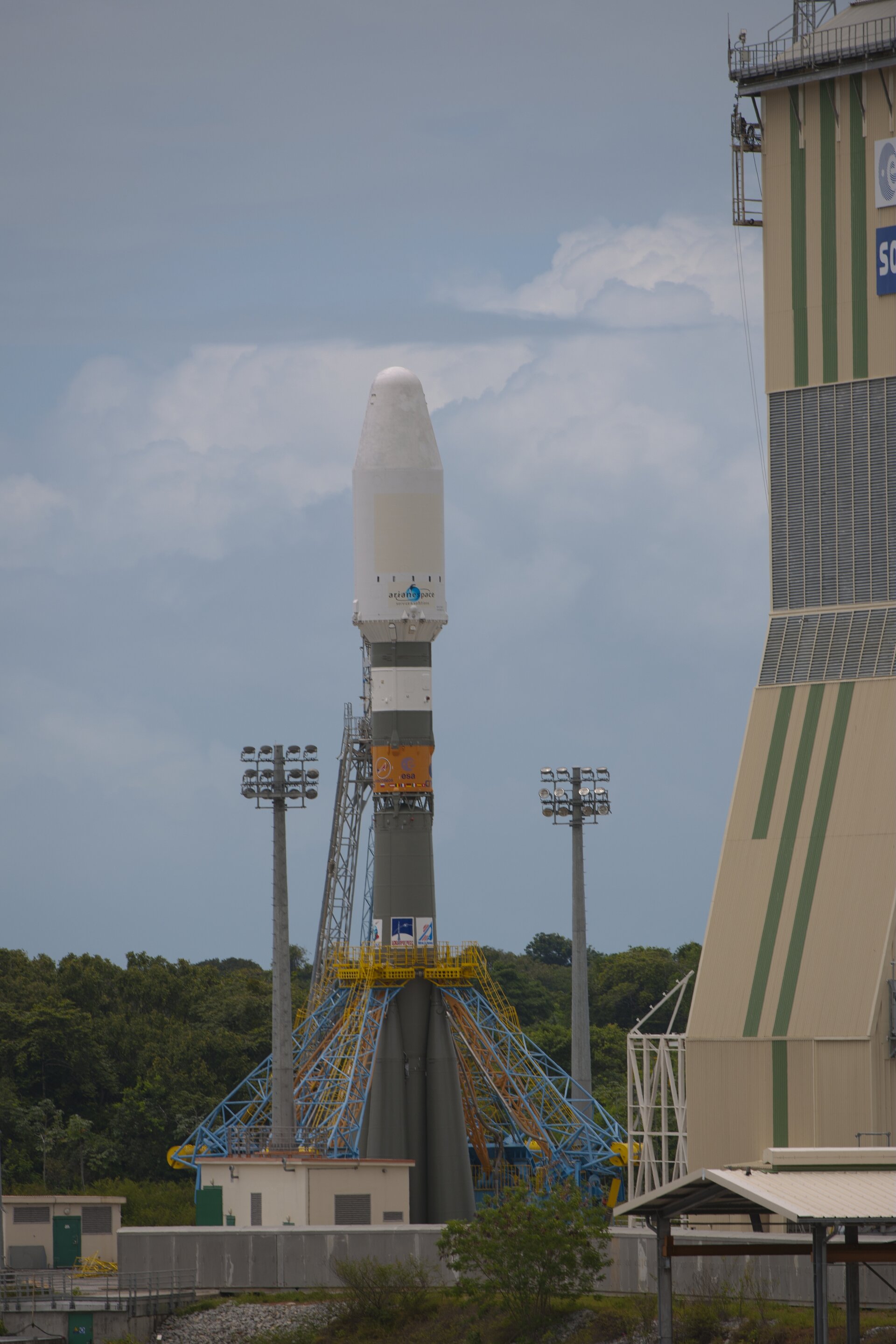 Final testing of the Soyuz launch site at Europe’s Spaceport in French Guiana began on 29 April 2011 with a simulated launch campaign that will end on 5 May 2011.

This dry-run ensures that the Soyuz and the new facilities work together perfectly, while allowing the teams to train under realistic launch conditions. It also validates all the procedures during the final phase before launch.