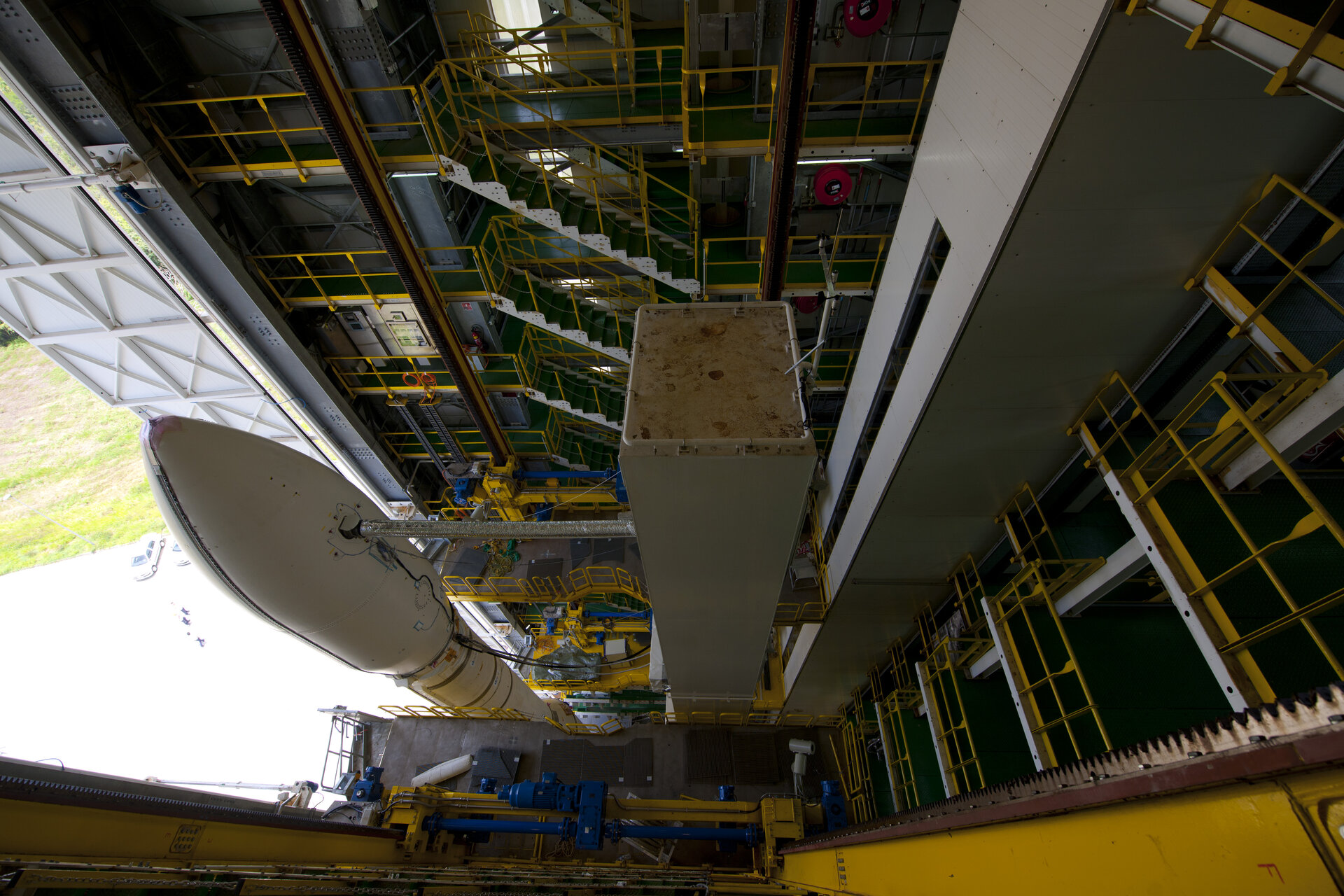 ESA’s new Vega small launcher has taken the next step towards its maiden flight later this year with completion of a dry-run with a full-scale mock-up at Europe’s Spaceport in French Guiana in April.

This rehearsal of the final countdown tested launch operations and the rollout of the mobile gantry. One particular test showed that the vehicle and the pad structure can withstand high winds during the hours before launch.

In the coming months, the Flight Readiness Review will give the final green light for the maiden qualification flight, in the second half of 2011.