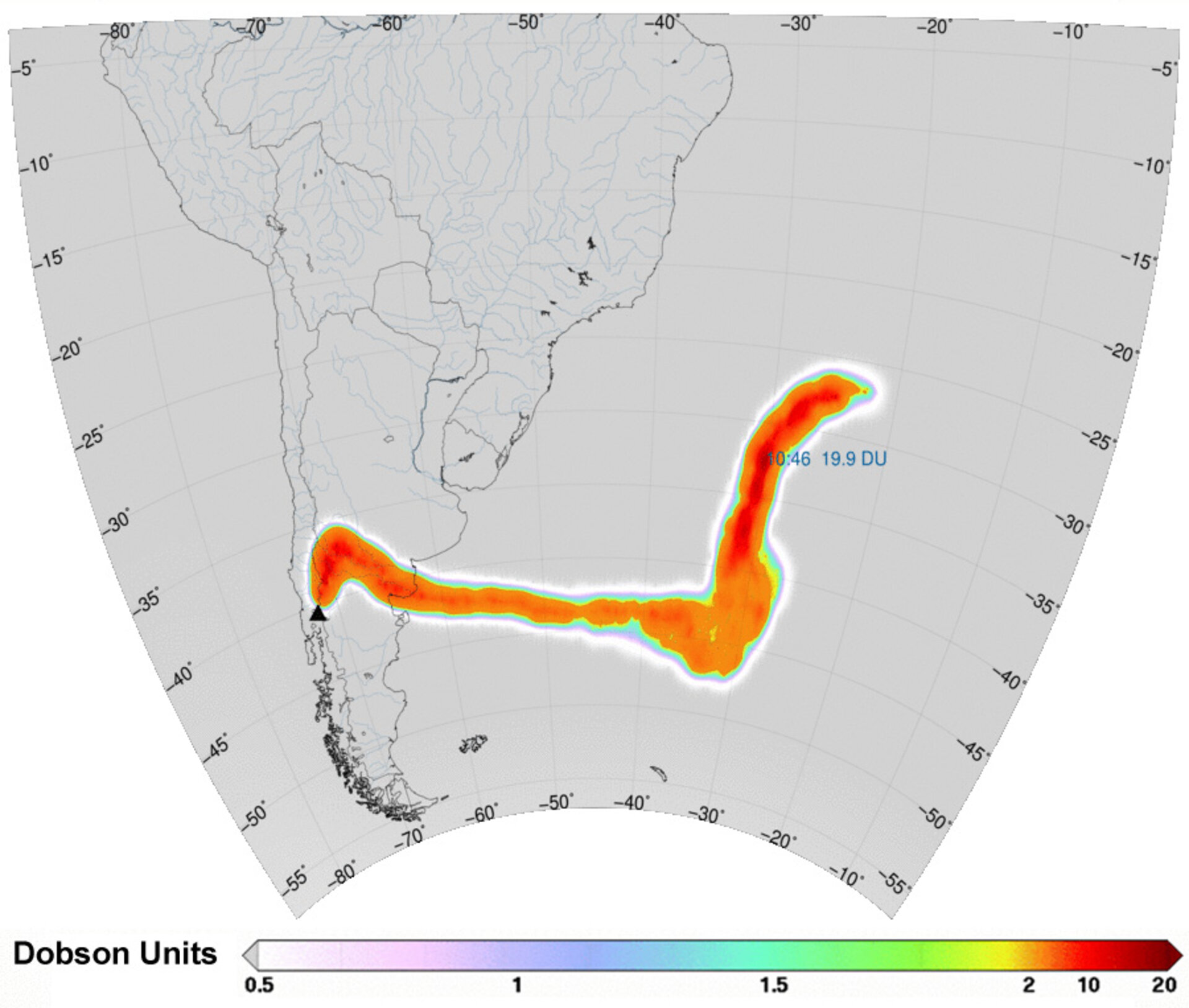 A gush of volcanic gas

This image shows the huge plume of sulphur dioxide that spewed from Chile’s Puyehue-Cordón Caulle Volcanic Complex, which lies in the Andes about 600 km south of Santiago. It was generated on 6 June using data from the Infrared Atmospheric Sounding Interferometer on the MetOp-A satellite and represents sulphur dioxide concentrations within the full vertical column of atmosphere. As the eruption continued, the image shows how strong winds initially swept the broad plume of sulphur dioxide northwards and then eastwards across Argentina and out over the southern Atlantic Ocean.

The MetOp programme was jointly established by ESA and Eumetsat and forms the space segment of Eumetsat’s Polar System.