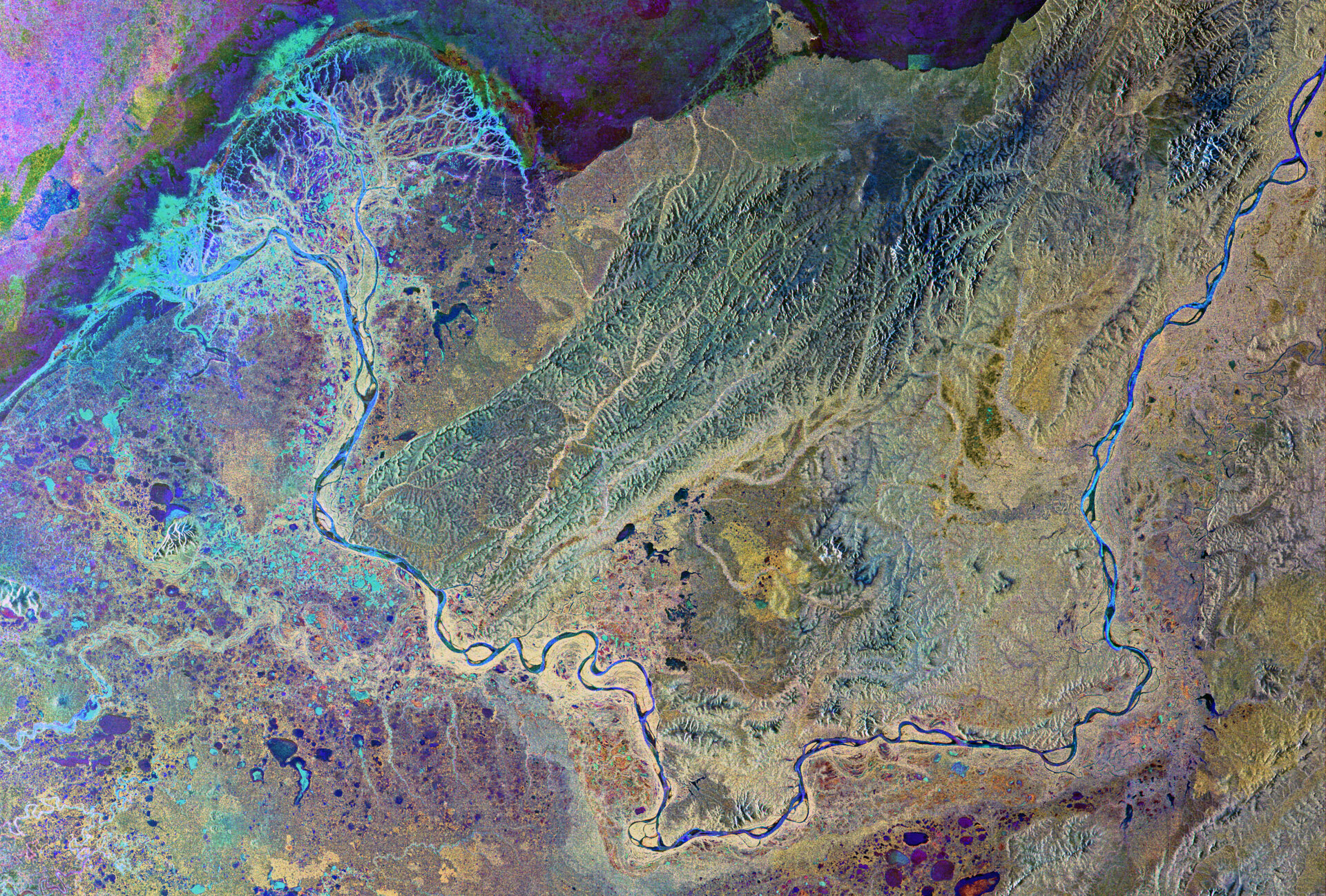 This Envisat image features Alaska’s Yukon Delta, where the Yukon River fans out into a labyrinth of distributaries before emptying into the Bering Sea. The Yukon, North America’s fifth-longest river system, flows some 3190 km across central Alaska in the US before emptying into Norton Sound (top left).

This image was created by combining three Envisat's Advanced Synthetic Aperture Radar (ASAR) acquisitions (19 November 2009, 8 April 2010 and 13 May 2010) over the same area. The colours represent changes in the surface between acquisitions.