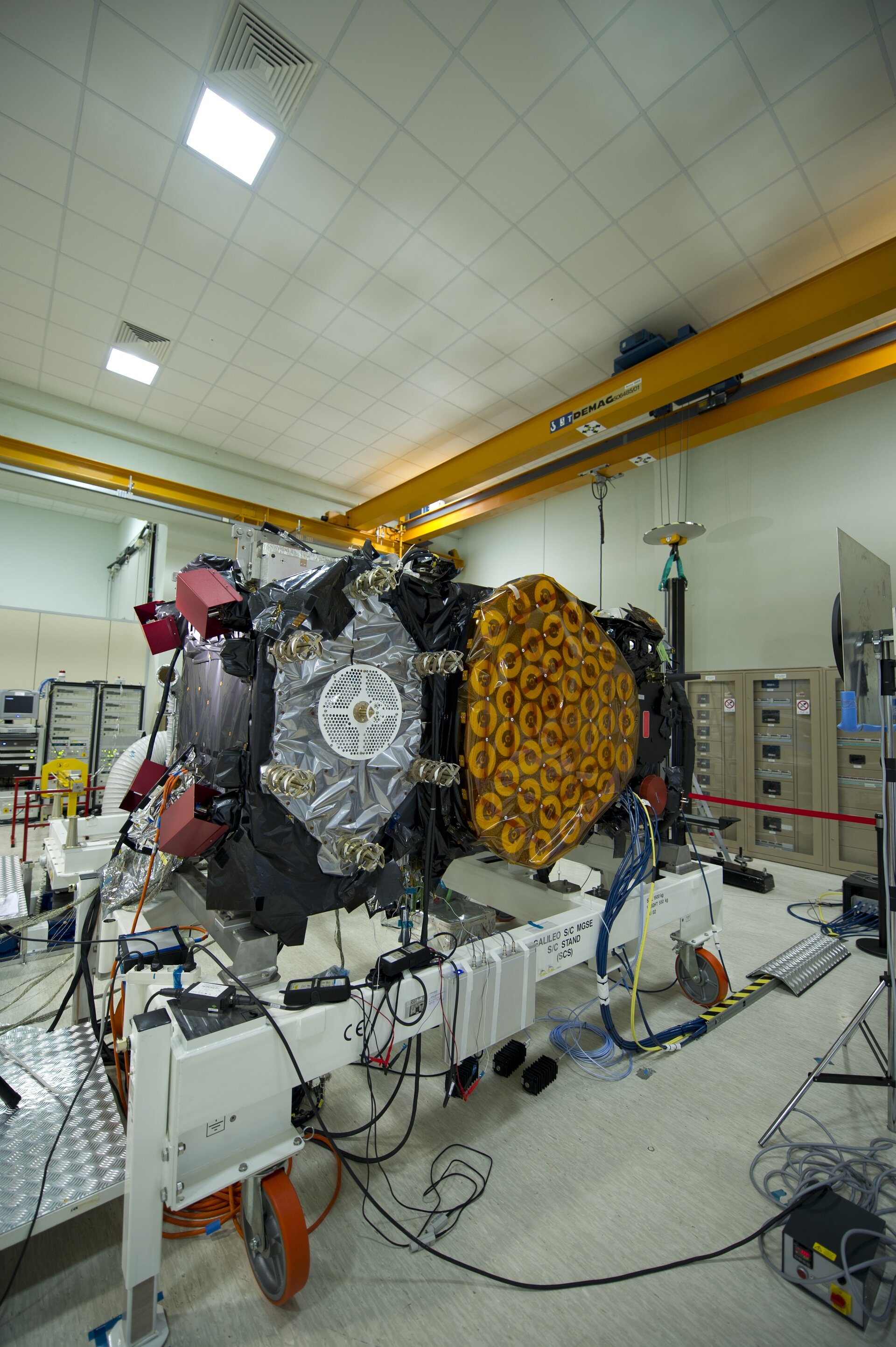 The launch of the first two satellites of Europe's global navigation satellite system is planned to take place on 20 October 2011. This will be the first of a series of Galileo satellite launches by Arianespace from Europe's Spaceport in French Guiana, followed by the remaining two IOV satellites in 2012.

These two sets of Galileo IOV satellites will both be deployed using a Soyuz launcher. The October launch will mark the inaugural Soyuz flight from its new launch facilities in French Guiana, built in the framework of an ESA programme.

Galileo is Europe's state-of-the-art global satellite navigation system, providing a highly accurate, guaranteed global positioning service under civil control. Its definition, development and In-Orbit Validation phases were carried out by ESA and co-funded by ESA and the European Community.