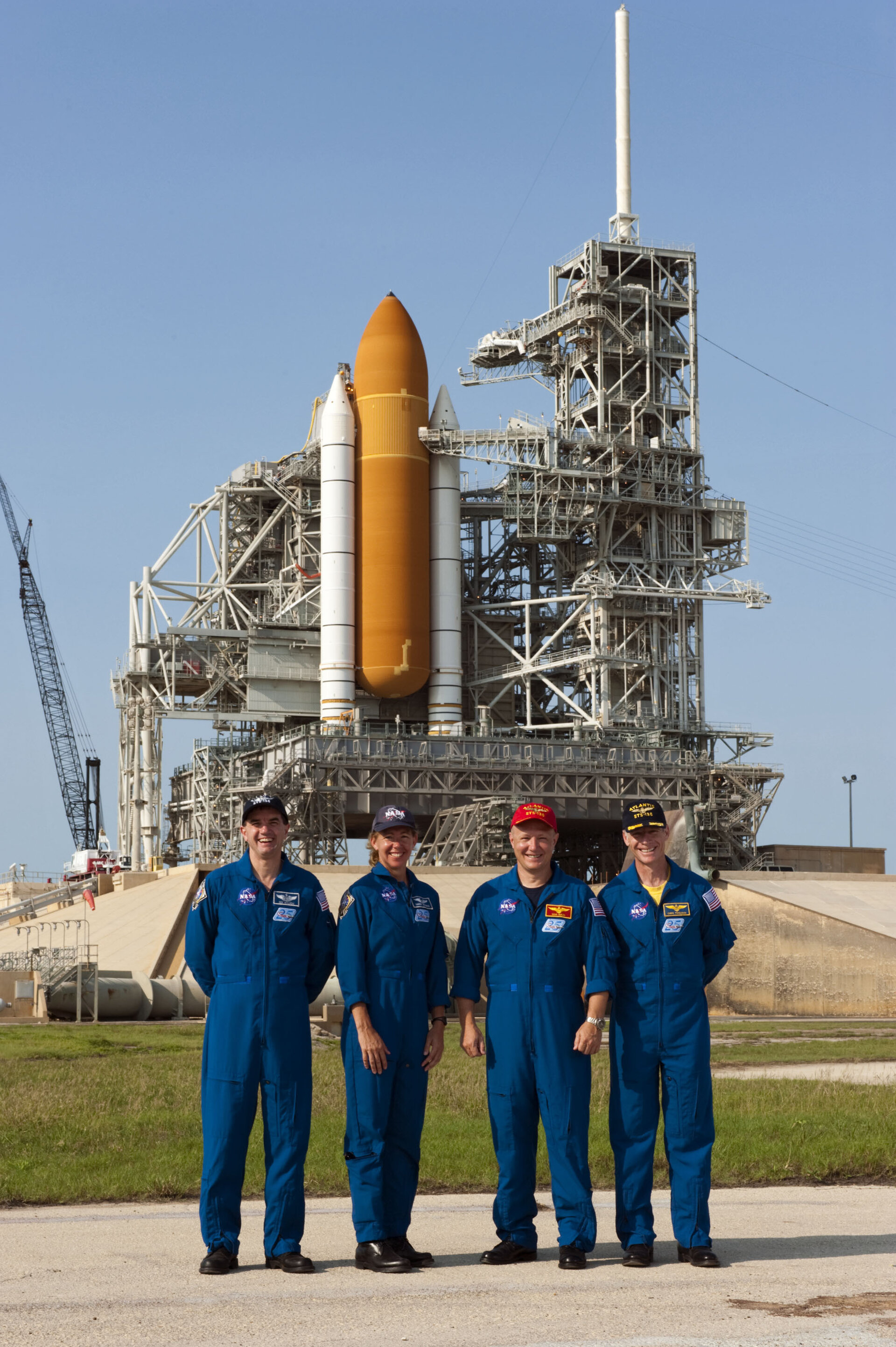 The STS-135 crew members stand for a photograph after a question-and-answer session with media at NASA's Kennedy Space Center's Launch Pad 39A in Florida. From left are Mission Specialists Rex Walheim and Sandy Magnus; Pilot Doug Hurley and Commander Chris Ferguson. Space shuttle Atlantis' astronauts are at Kennedy to participate in a launch countdown dress rehearsal called the Terminal Countdown Demonstration Test (TCDT) and related training. Atlantis and its crew are targeted to lift off on 8 July, taking with them the Raffaello multi-purpose logistics module packed with supplies and spare parts to the International Space Station. The STS-135 mission also will fly a system to investigate the potential for robotically refueling existing satellites and return a failed ammonia pump module to help NASA better understand the failure mechanism and improve pump designs for future systems. STS-135 will be the 33rd flight of Atlantis, the 37th shuttle mission to the space station, and the 135th and final mission of NASA's Space Shuttle programme.