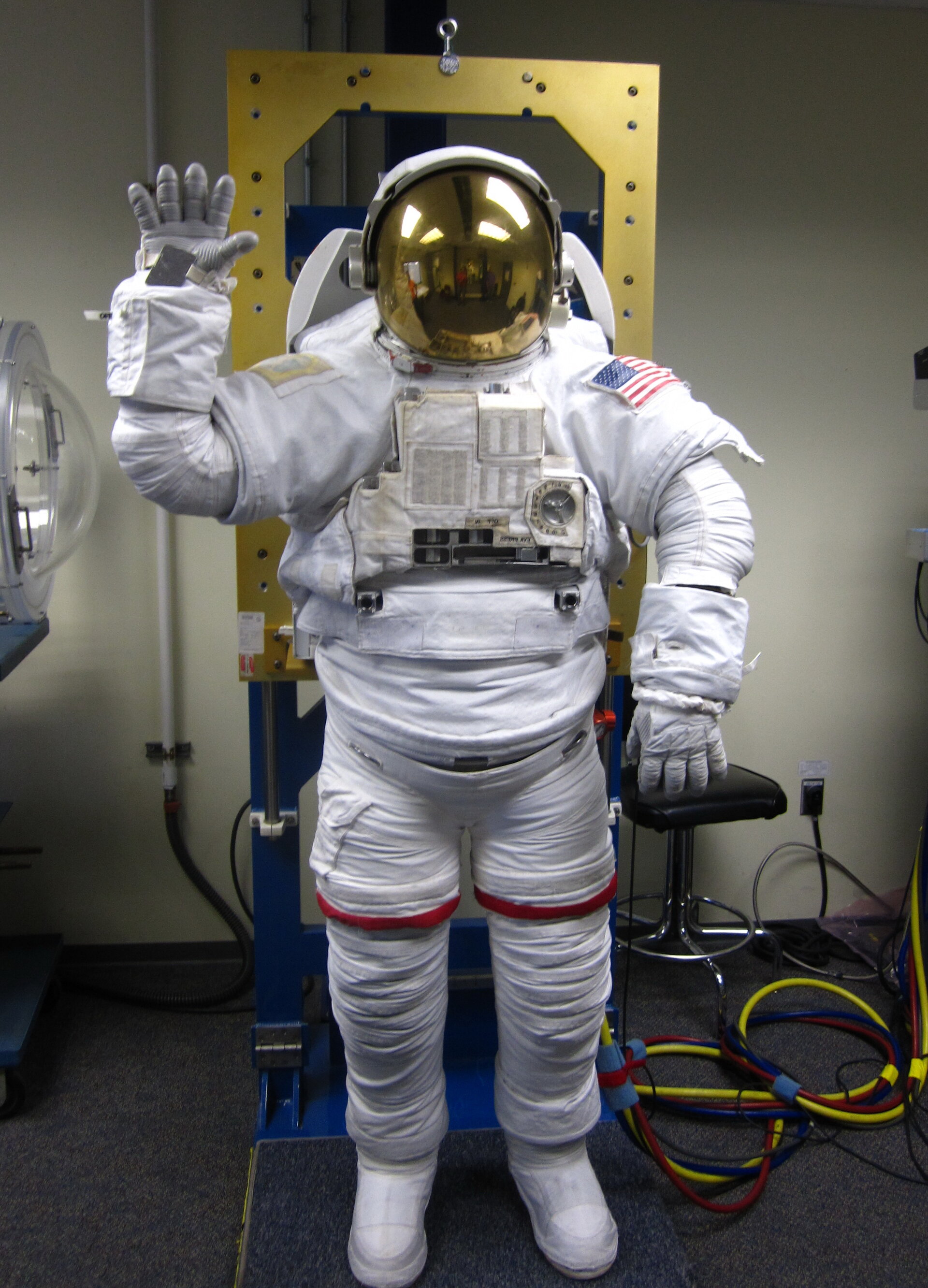 Alexander Gerst at a spacesuit test