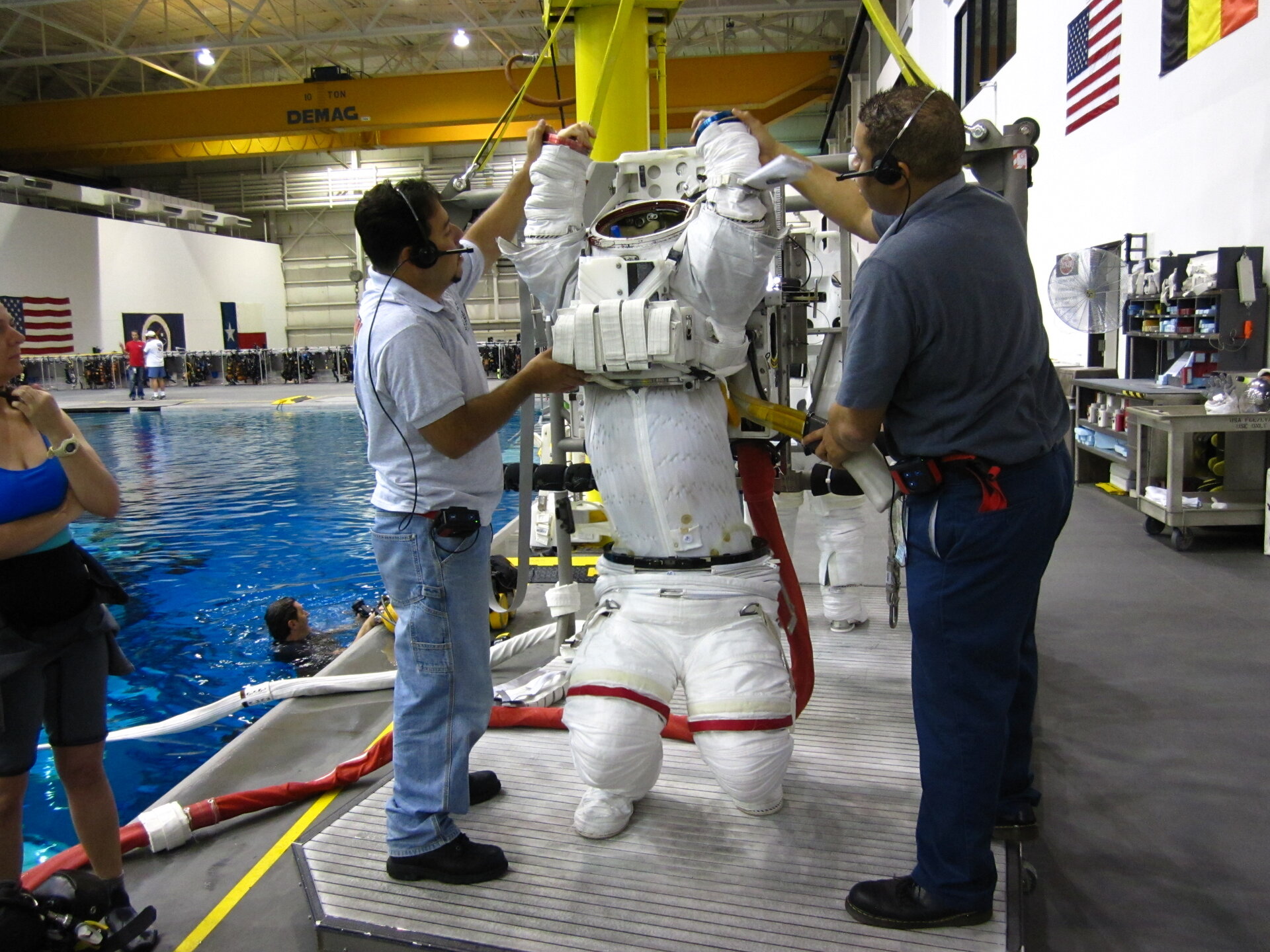 Alexander Gerst, German ESA astronaut, in Extravehicular Activity (EVA) training. Here he is in the Neutral Buoyancy Lab at NASA's Sonny Carter Training Facility, near Johnson Space Center in Houston, Texas. Alexander is in preparation for his mission to the International Space Station in 2014, as a flight engineer for Expeditions 40 and 41.