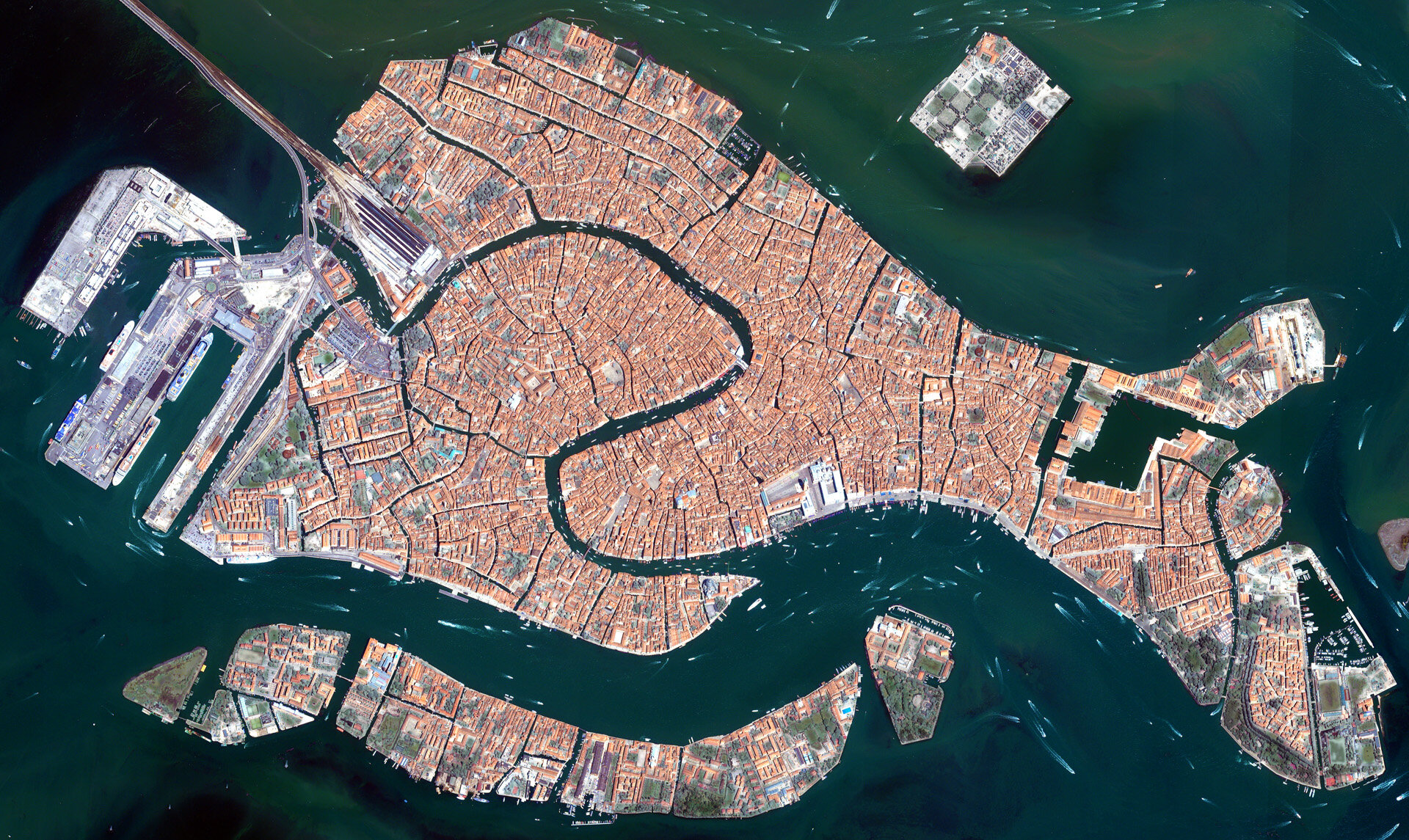 The islands that make up the Italian city of Venice and the surrounding Venetian Lagoon are pictured in this image. Snaking through the central districts is the Grand Canal, with the Santa Lucia train station at its northern end and the Saint Mark Basin at its southern end. Zooming in, we can see water buses and taxis navigating the canal and gondolas docked along the edge. The square island to the north is San Michele. Once a prison island, it became a cemetery when Napoleon’s occupying forces declared burial on the main islands unsanitary.

This image was acquired on 22 June 2008 by Ikonos-2, a commercial satellite that provides panchromatic and multispectral high-resolution imagery. ESA is supporting Ikonos-2 as a Third Party Mission, which means that the Agency uses its multi-mission European ground infrastructure and expertise to acquire, process and distribute data from the satellite to its wide scientific user community.