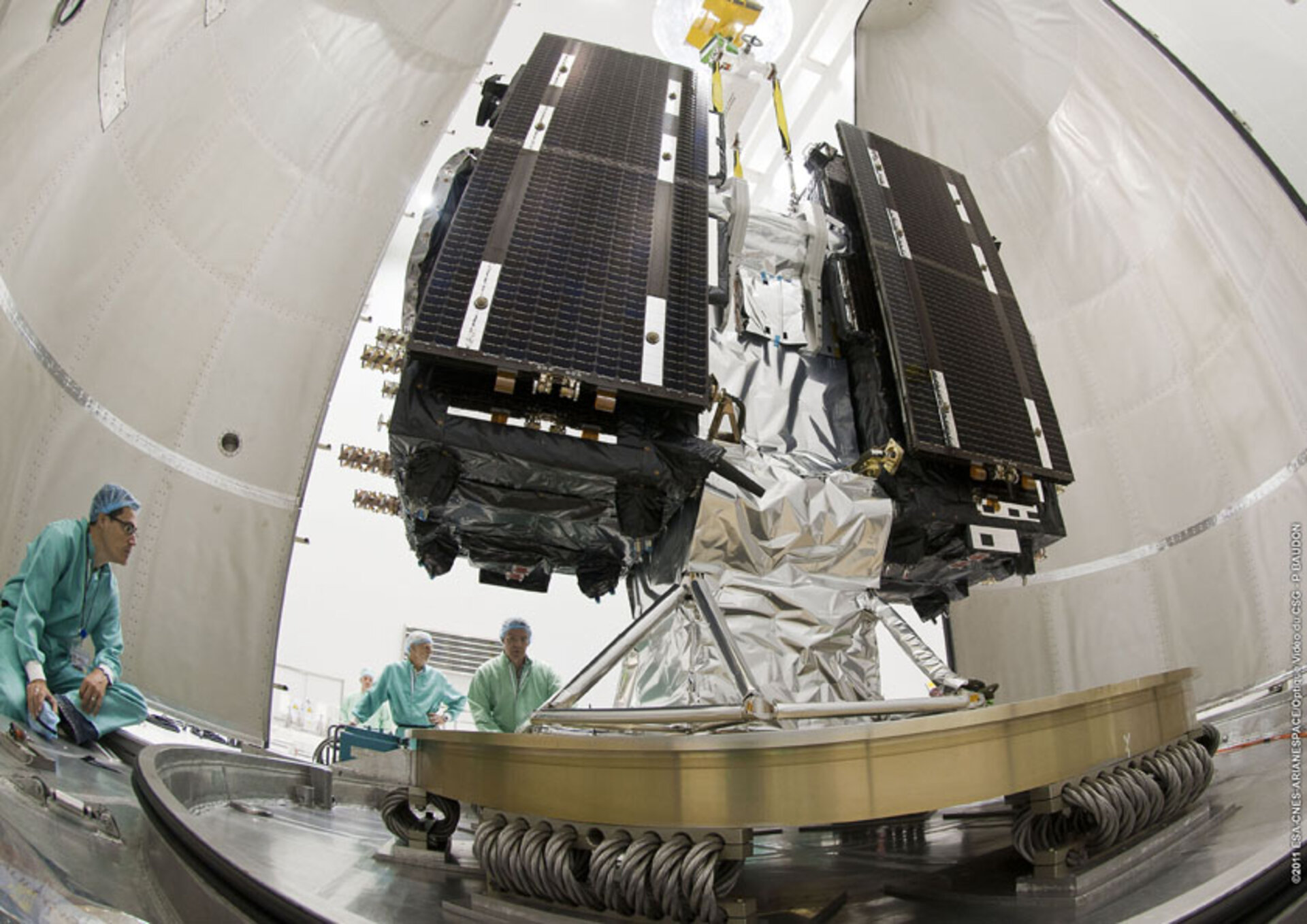 The twin Galileo satellites attached to the supporting dispenser that holds them in place during their 20 October launch atop the first Soyuz from French Guiana. The first Galileo In-Orbit Validation satellite – known as ‘PFM’ – was attached to one side of the dispenser on Tuesday 4 October, with the second flight model, ‘FM2’, joining it on the other side the following day.