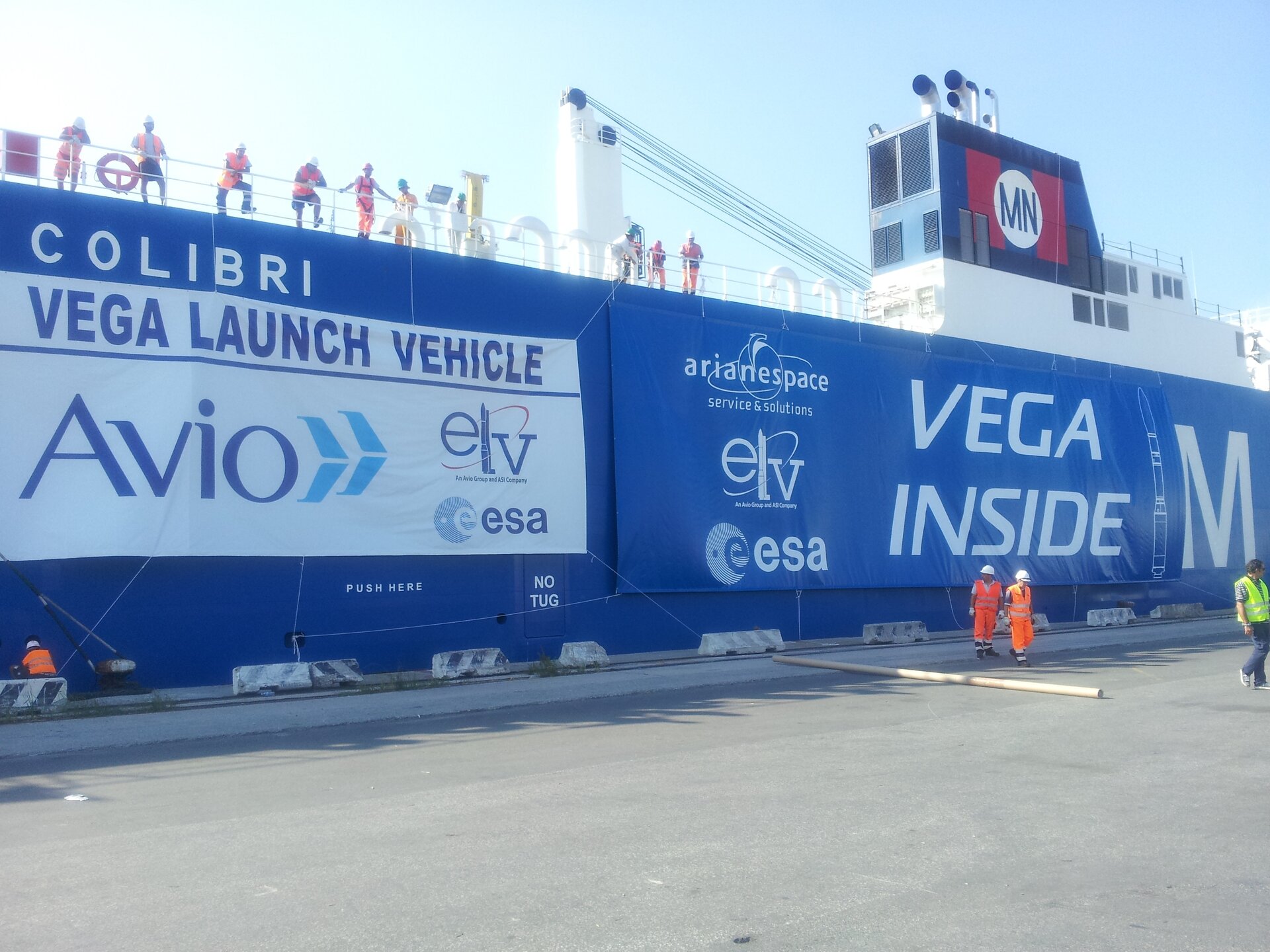 After several intense weeks of checking the hardware and equipment – and the shipping paperwork – Vega’s Zefiro-23 and Zefiro-9 motors and the AVUM fourth stage were carefully packed and left Avio’s facility in Colleferro, where they were built.

During the night, the convoy headed to Livorno Harbour and the stages were loaded onto the MN Colibri, a vessel that is normally used by Arianespace to carry Ariane rocket components on the same route across the Atlantic Ocean.