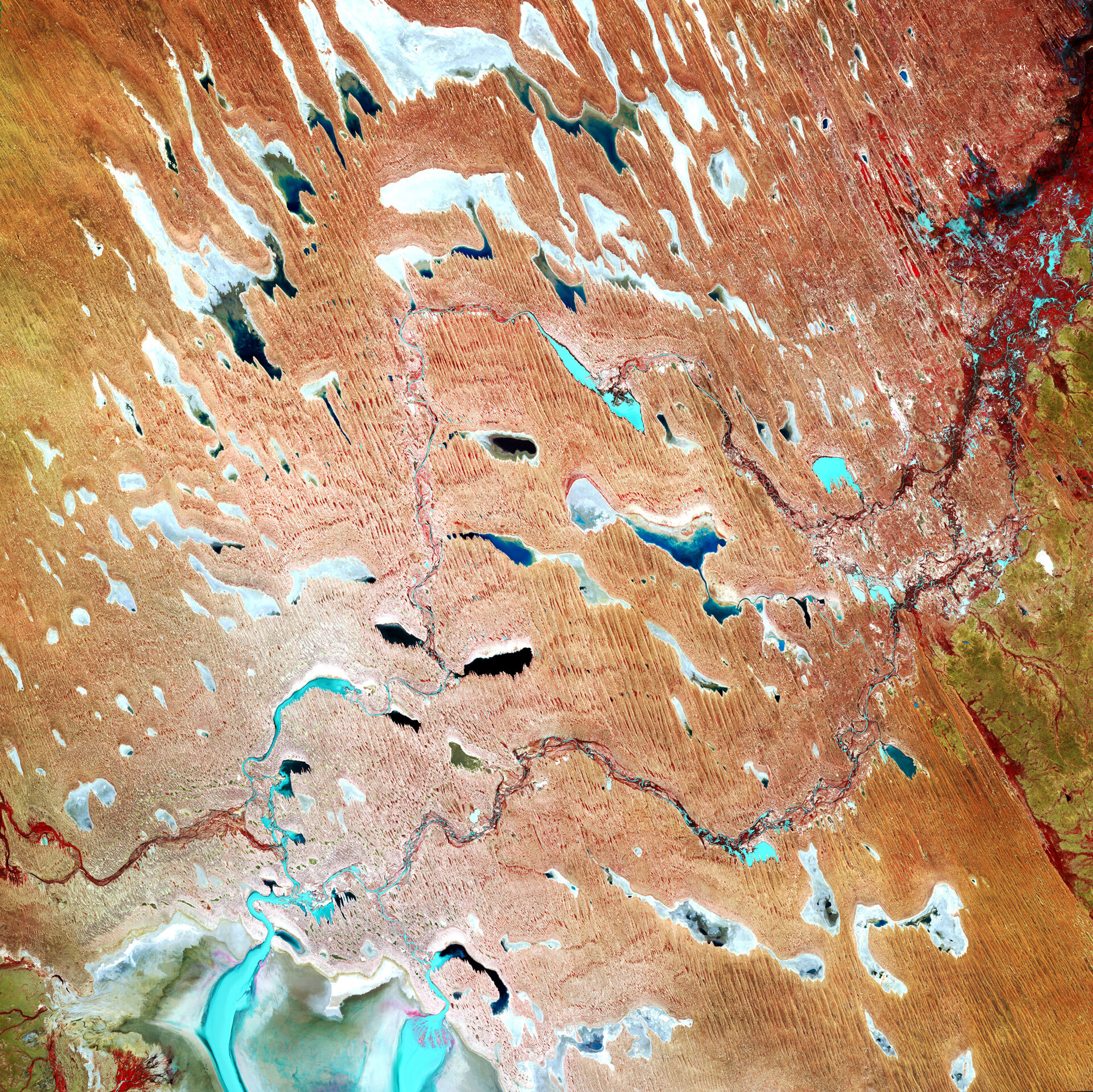 This Landsat satellite image from 31 May 2011 shows a portion of the Lake Eyre drainage basin in the remote outback of South Australia.

The area is mostly flat and receives little rain, with multiple riverbeds snaking through the terrain.

In the lower-left corner is Lake Eyre – both the lowest point in Australia at about 15 m below sea level and the largest lake in the country on the rare occasion that it fills.

Only during years of especially high rainfall do the surrounding creeks and rivers flow inland toward Lake Eyre, such as in March when heavy rain filled part of the lake and inflows covered the usually dry salt pan.

Mineral deposits like oil and natural gas can be found in the basin, with mining and petroleum industries accounting for the greatest economic activity.

Few plant-eating animals graze in this area owing to the dry climate. High rainfall in recent years has prompted some birds to migrate to the lake for breeding.

This image also shows the north-south sand dunes of the Simpson and Tirari deserts.

The Thematic Mapper on Landsat 5 is jointly managed by NASA and the US Geological Survey. ESA supports the Landsat series as a Third Party Mission, meaning it uses its ground infrastructure and expertise to acquire, process and distribute Landsat data to users.