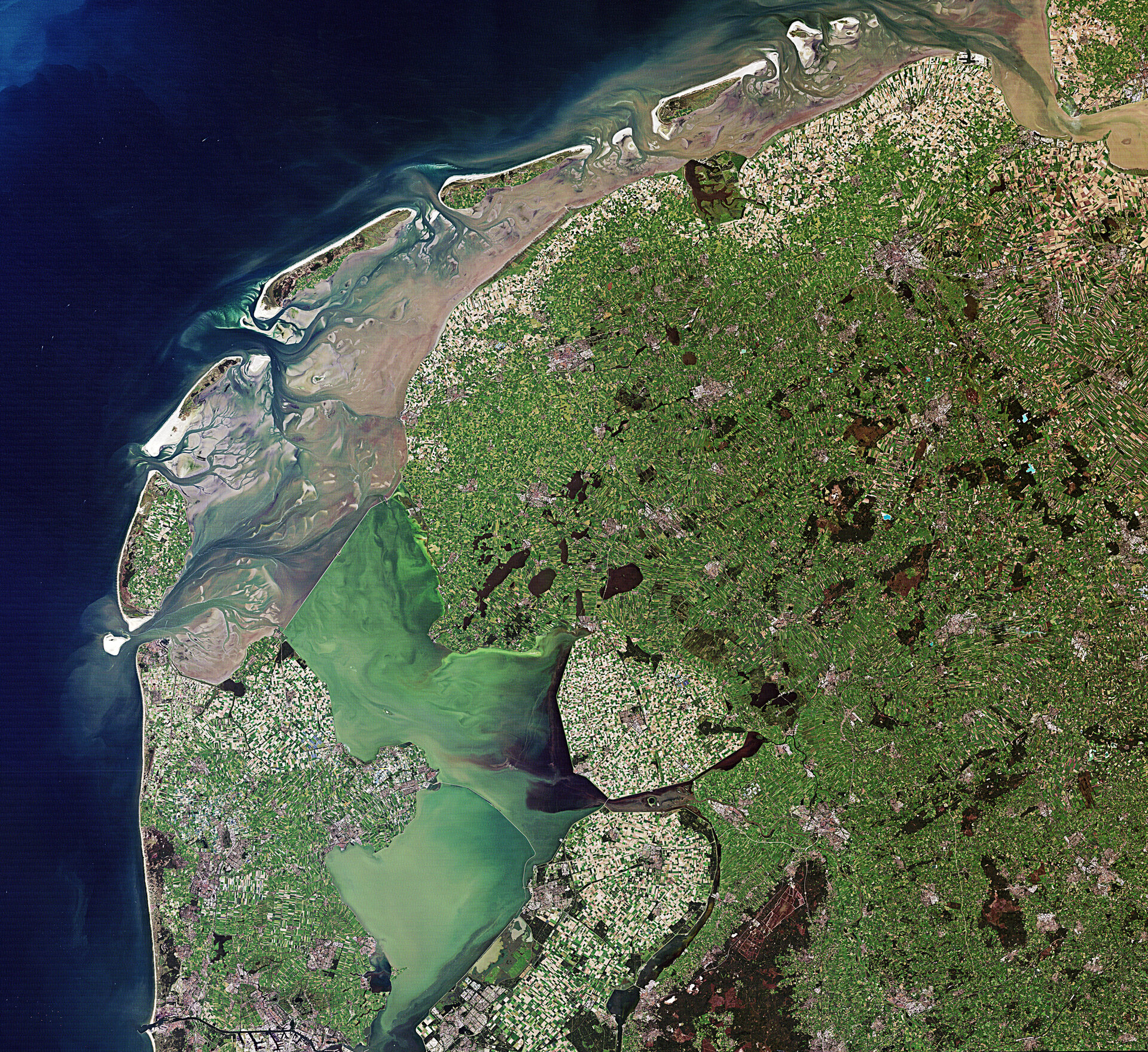 This Landsat image from 6 September 2010 shows the intertidal Wadden Sea and two shallow, artificial lakes in the Netherlands. Visible in the image is the Afsluitdijk – a causeway that creates a division between the Wadden Sea to the north and the former Zuiderzee bay to the south.
After the dike was built, the Dutch were able to reclaim land from the sea – like the lighter coloured areas in the lower-central part of the image. Zooming in, we can see the patchwork of agricultural land plots.

ESA supports the Landsat series as a Third Party Mission, meaning it uses its ground infrastructure and expertise to acquire, process and distribute Landsat data to users.