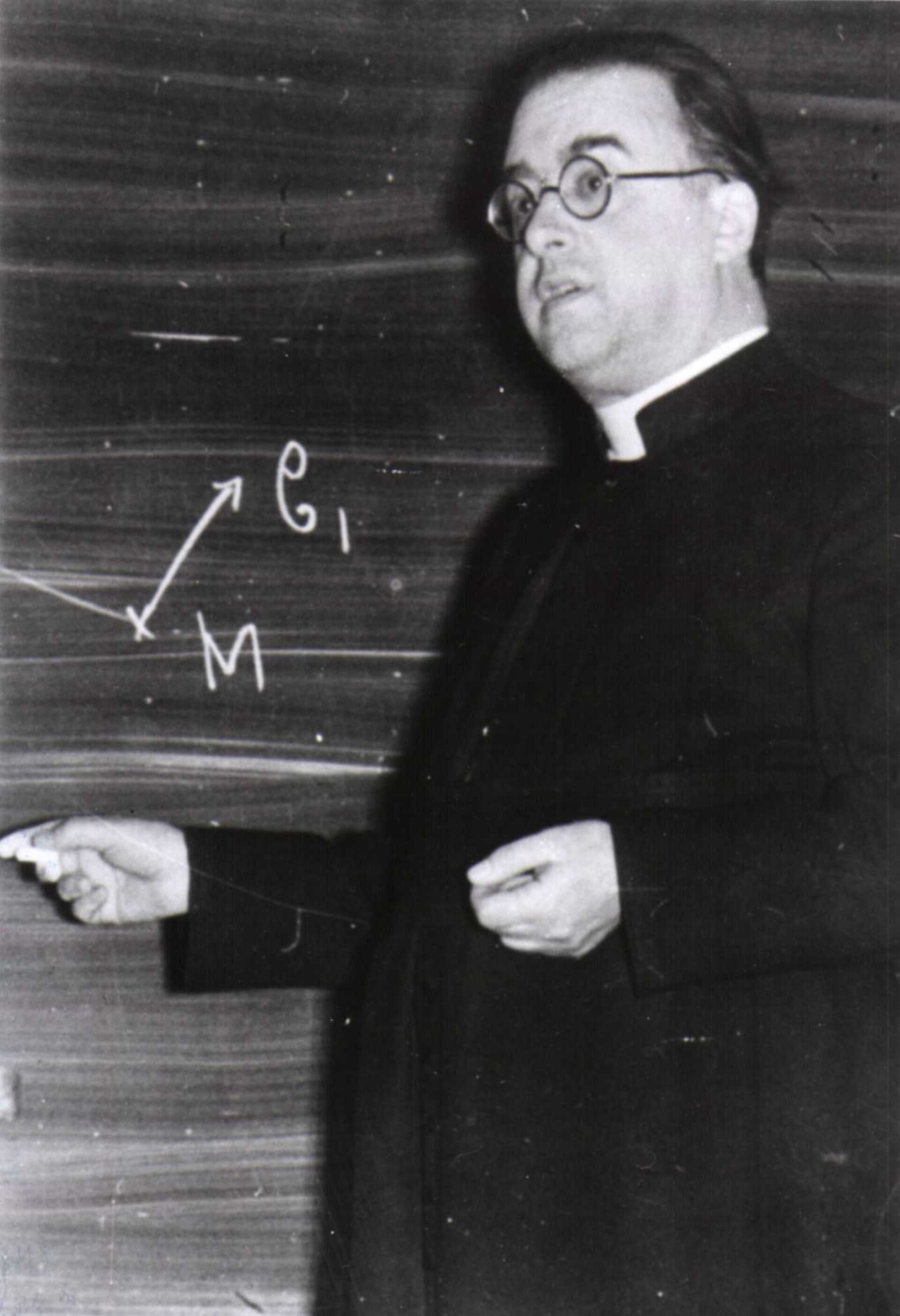 Georges Lemaître teaching at the Catholic University of Leuven, Belgium.

In 1927, Georges Lemaître discovered a family of solutions to Einstein’s relativity equations that described an expanding Universe rather than a static one, and provided the first observational estimation of the Hubble constant. The theory later became much better known as the Big Bang theory.