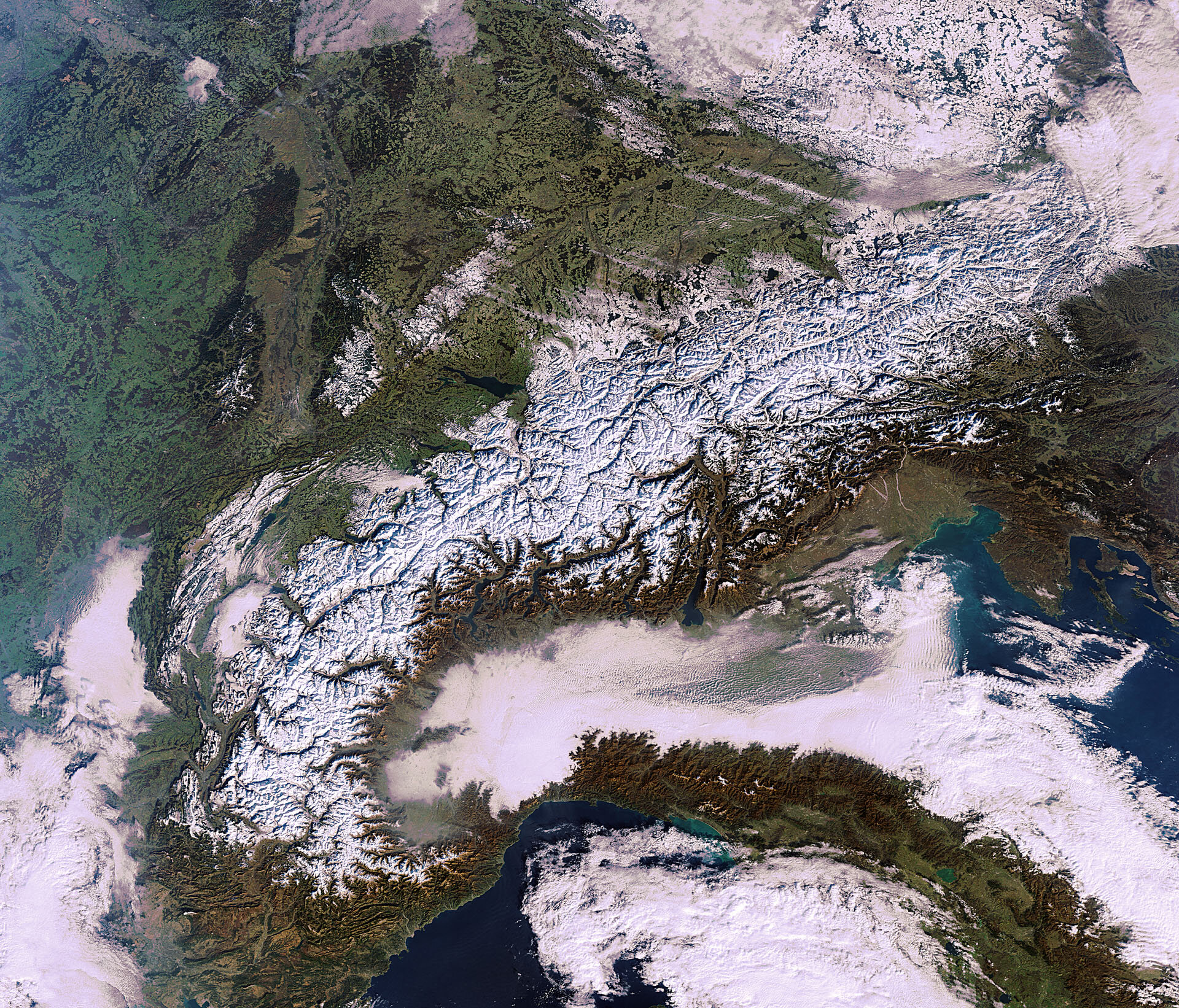 The snow-kissed Alps that stretch across France, Italy, Switzerland, Germany, Liechtenstein, Austria and Slovenia are captured in this Envisat image.

On the French–Italian border, Mont Blanc – the highest peak in the chain – reaches over 4810 m. In fact, there are more than 20 peaks exceeding 4000 m.

Owing to this snow cover and a relatively low illumination angle of the Sun during this time of year, the ranges and valleys of the mountains stand out in the image.

Just south of the Alps we see the typical winter fog and clouds over the Po Valley. The region is enclosed on three sides and therefore is protected from the wind. Along with the inverted layers of air – warm air rests on cold air – this leads to weak air exchange. Combined with emissions from city road traffic, this results in high levels of pollution throughout the valley.

Stretching down the length of the Italian peninsula are the Apennine Mountains. Most of Italy’s rivers find their source in the Apennines, including the Tiber and Arno.

Several lakes are visible. In the lower-right corner, we can see Italy’s Lake Trasimeno. It is green in colour because no major river flows directly in or out of the lake. Closer to the Alps is the long Lake Garda. With an area of 370 sq km, Garda is the largest lake in Italy.

On the opposite side of the Alps from Garda, on the border of Switzerland, Germany and Austria, is Lake Constance. This is an important source of drinking water for southwest Germany.

Further north in the upper-left portion of the image we can see Germany’s Black Forest.

This image, also featured on the Earth from Space video programme, was acquired on 16 January 2012 by ESA’s Envisat satellite, the largest Earth observation satellite ever built.