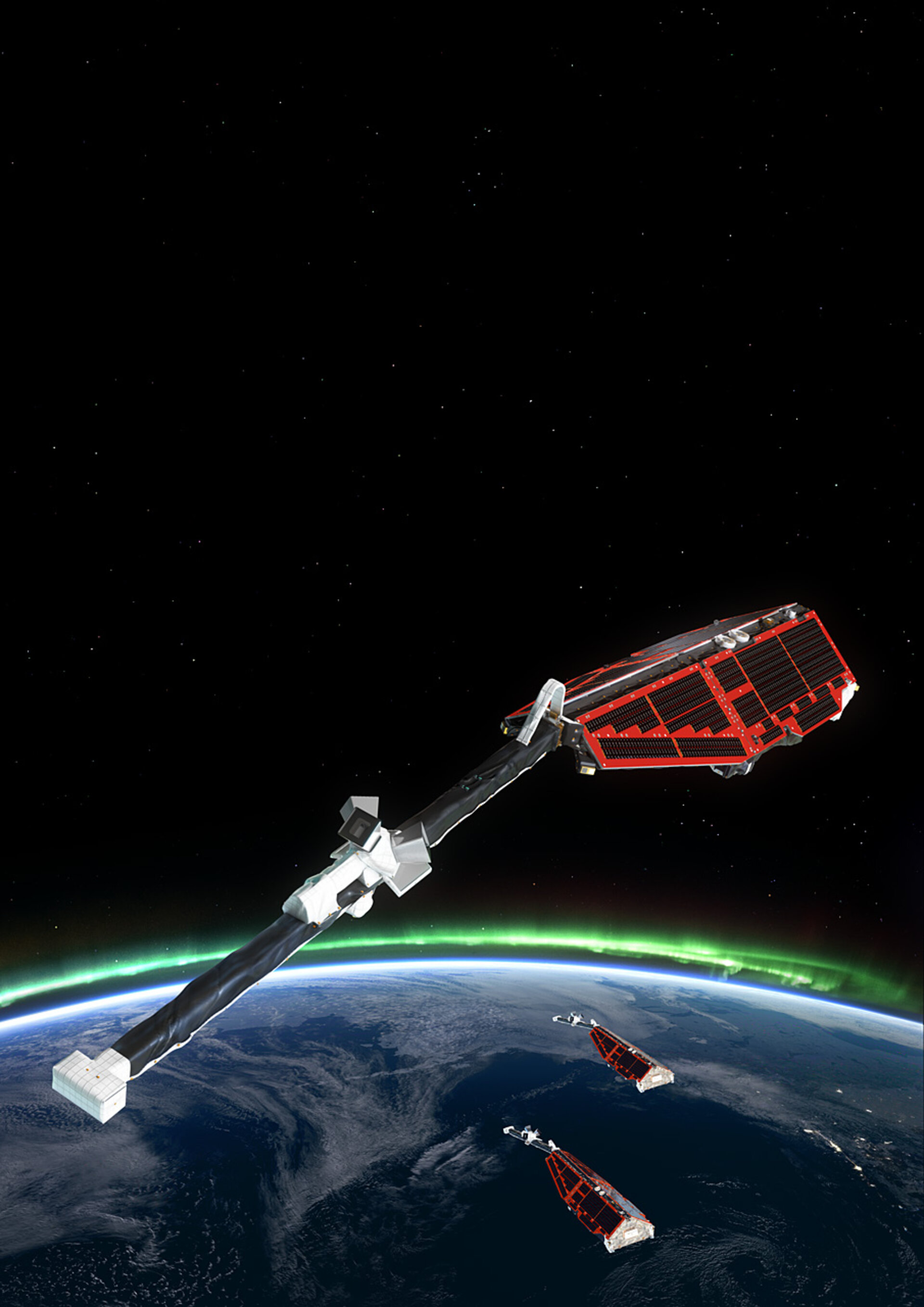 Swarm is ESA’s first Earth observation constellation of satellites. In 2013, the trio of satellites will be launched together on a Rockot launcher from the Plesetsk Cosmodrome in northern Russia. Two will orbit in tandem at the same altitude – initially at about 460 km – while the third satellite will be in a higher orbit of 530 km and at a slightly different inclination.