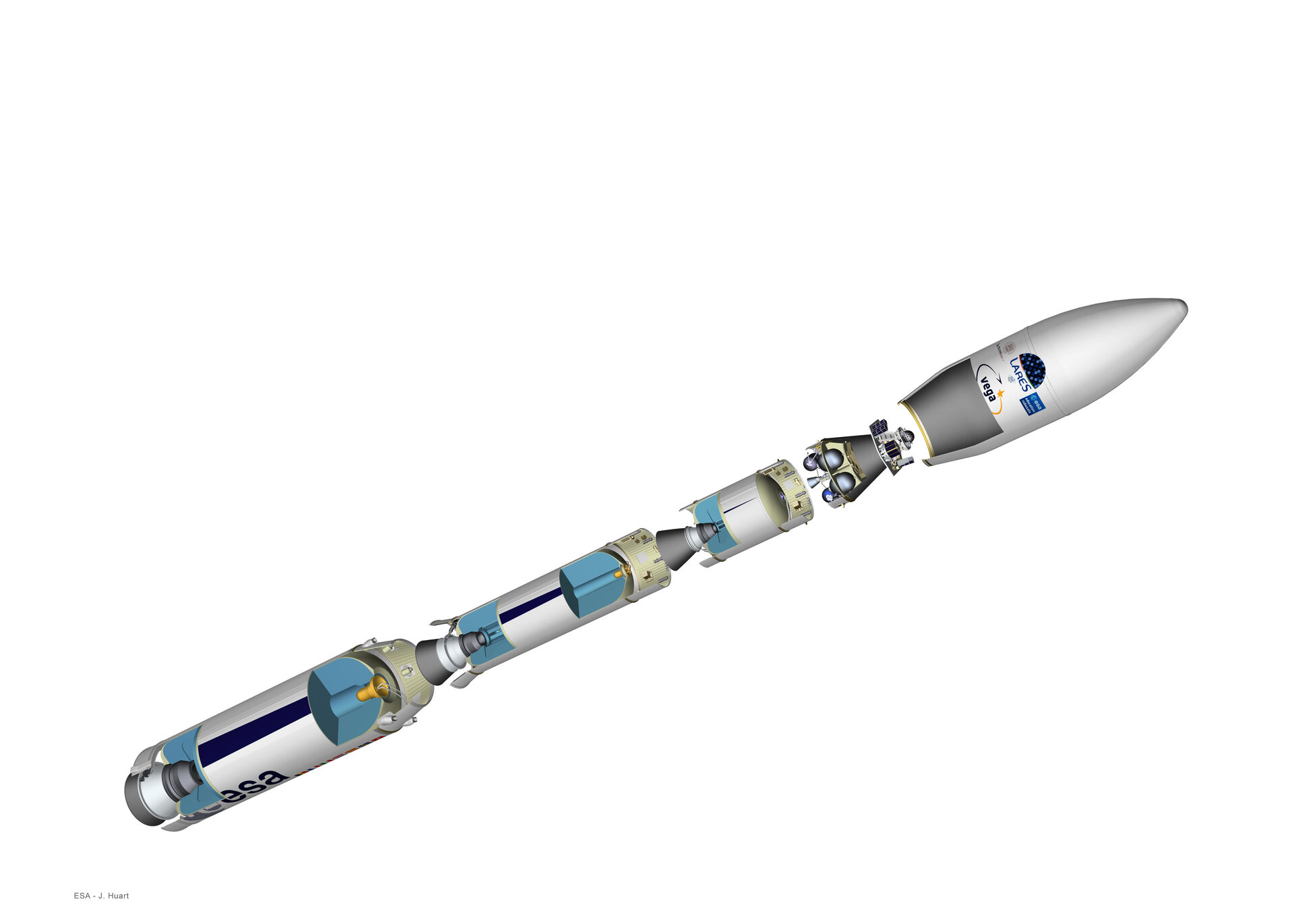 Exploded view of the four Vega stages, with three solid-propellant stages topped by the fourth stage liquid-propellant Attitude Vernier Upper Module, AVUM which hosts the 'brain' of the launcher and deploys satellites into their final orbits. The payload plus protective fairing rest atop the AVUM in turn.

On 13 February 2012, the European Space Agency performed the first qualification flight of its brand new Vega launch vehicle. This very first Vega lifted off from Europe’s spaceport in Kourou, French Guiana, releasing nine satellites into orbit as its success added a new capability to Europe’s fleet of launch systems. The second Vega launched a trio of satellites – ESA’s Proba-V, Vietnam’s VNREDSat-1A and Estonia’s ESTCube-1 – on 7 May 2013.