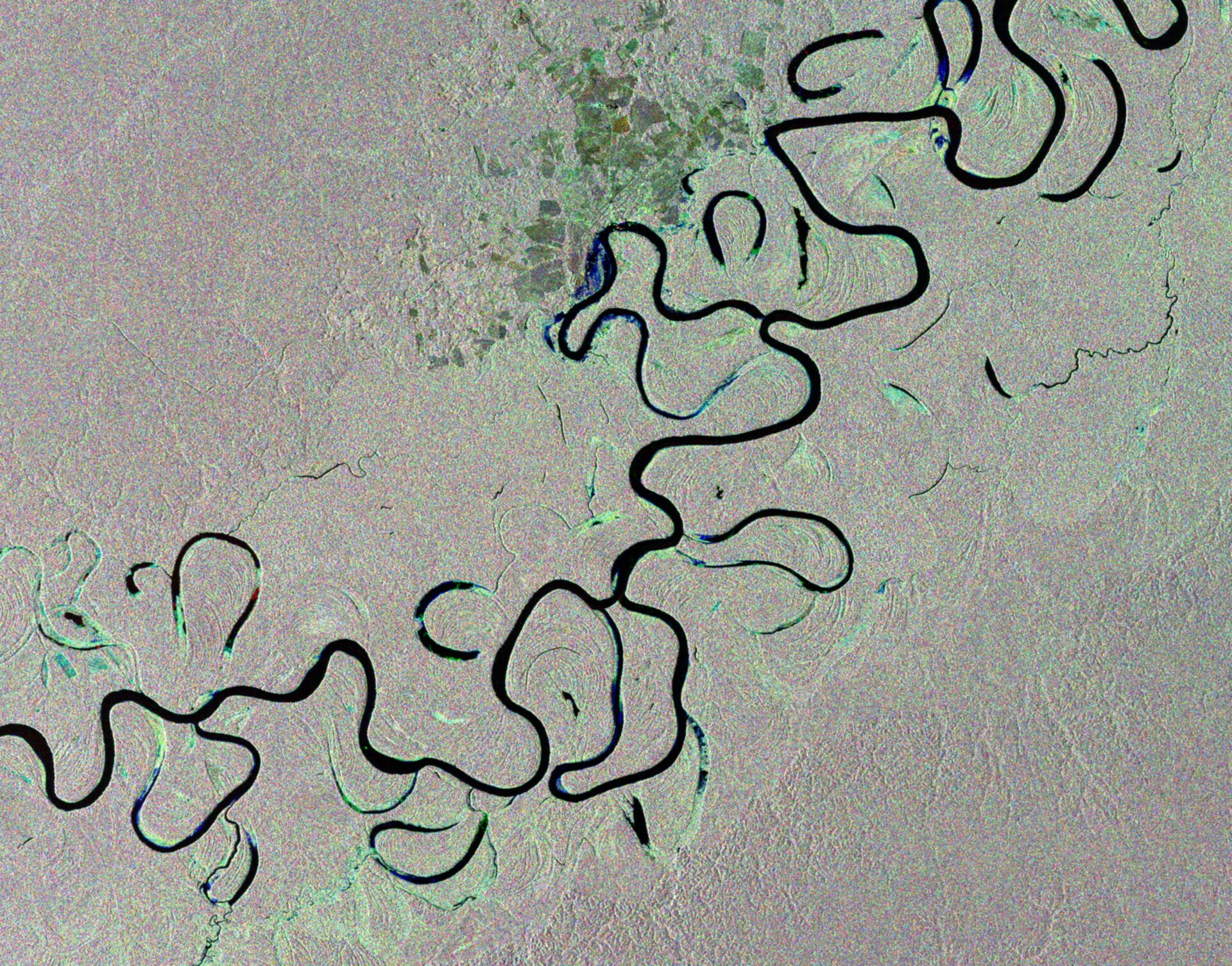 This image from the Envisat satellite shows the Juruá River snaking through the Amazon rainforest in western Brazil.

The Juruá is one of the longest tributaries of the Amazon River, flowing slowly through the half-flooded forest country it traverses in the Amazon Basin.

Tropical rainforests have some of the largest rivers in the world because of the tremendous amount of precipitation their watersheds receive.

Given its size, remote sensing is the best way to study the Amazon Basin on a large scale – especially for assessing the extent and damage due to deforestation.

This image is a compilation of three images from Envisat’s radar, acquired on 2 January, 1 February and 3 March 2012. The individual images are each assigned a colour – red, green and blue – and when combined, reveal changes in the surface between Envisat’s passes.

Satellite radar data can be exploited to map forest height, 3D forest structure and their natural or anthropogenic disturbance with high spatial resolution and accuracy.

Since forests assist in removing carbon dioxide from the atmosphere, this could prove to be an important tool for assessing carbon stocks and monitoring our planet’s resources.