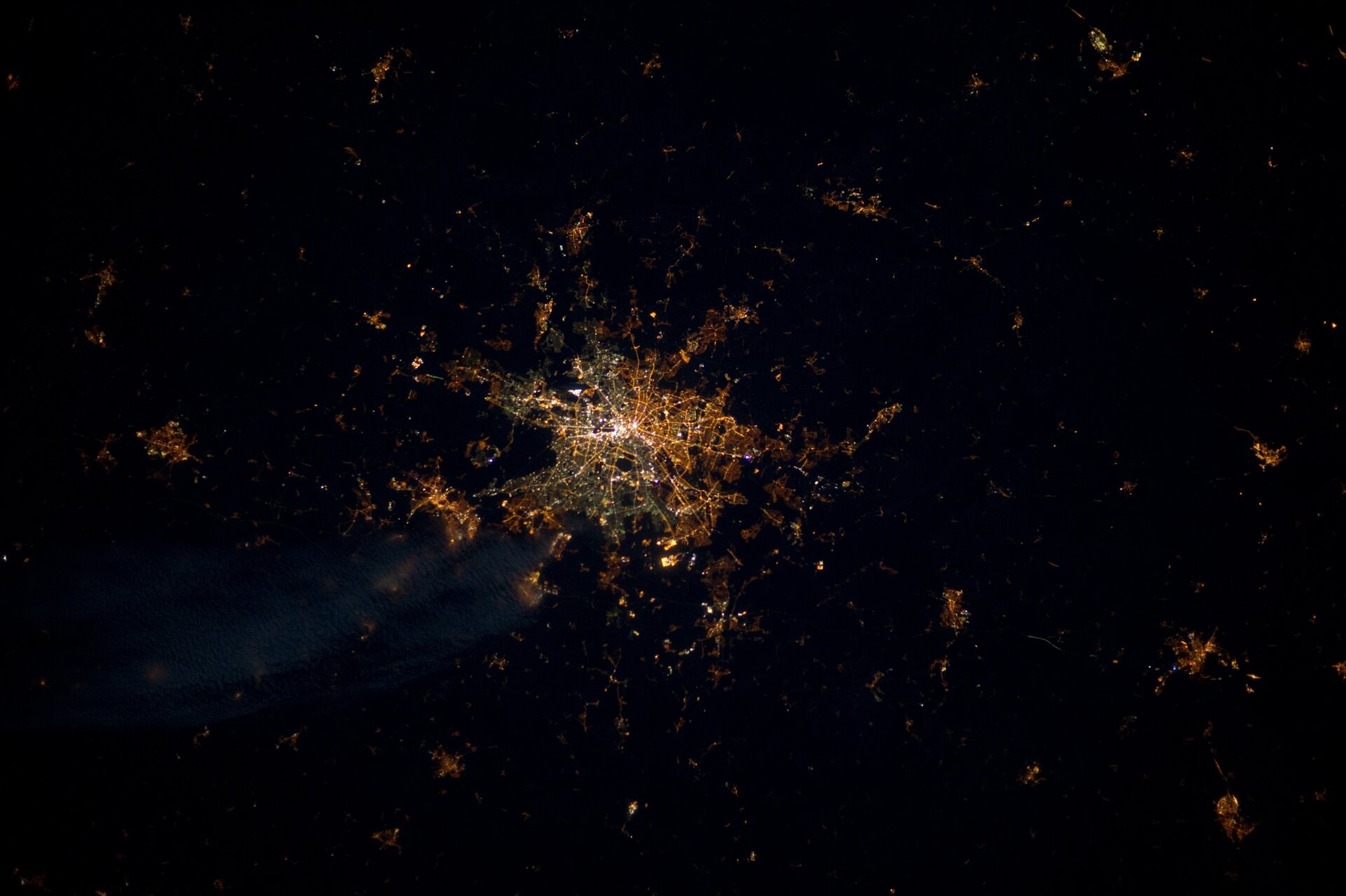 This picture was taken by ESA astronaut André Kuipers from the International
Space Station (ISS) and was first shown at the ISS Symposium 2012 in Berlin.

The former division between East and West Berlin can be seen. The yellow
lights correspond to East Berlin and the greener tones show West Berlin. Over
20 years since the Berlin Wall was dismantled the effects of separating the
city can still be seen from space.

The picture was taken using a new camera aid called NightPod. Nightpod tracks
the Earth automatically as it moves below the Space Station resulting in
images that are sharper and have more detail.