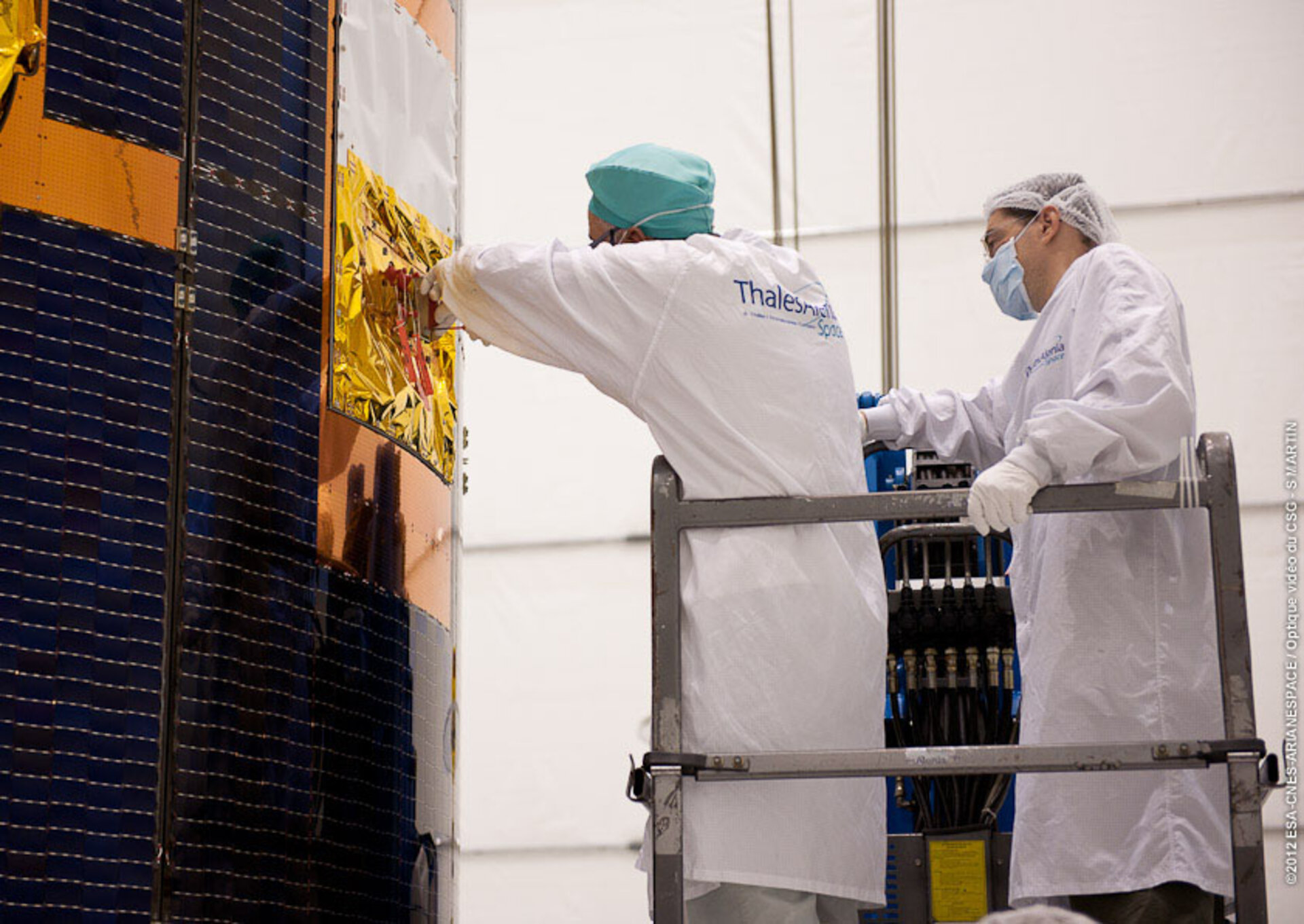 In the cleanroom at Europe’s spaceport, the Guiana Space Centre, in Kourou, French Guiana, the third Meteosat Second Generation satellite undergoes further preparations for launch. MSG-3 is planned for launch in June 2012. MSG-3 is the third in a planned series of four satellites operated by Eumetsat, the European Organisation for the Exploitation of Meteorological Satellites. The satellites return highly detailed imagery of Europe, the North Atlantic and Africa every 15 minutes for use by meteorologists and national weather forecasters. Along with keeping track of cloud development and temperature to improve weather forecasting accuracy, MSG-3 has two secondary objectives in the areas of radiation and rescue. Shortly after liftoff from Kourou, French Guiana, MSG-3 will be injected into geostationary orbit at an altitude of 36 000 km over the equator.