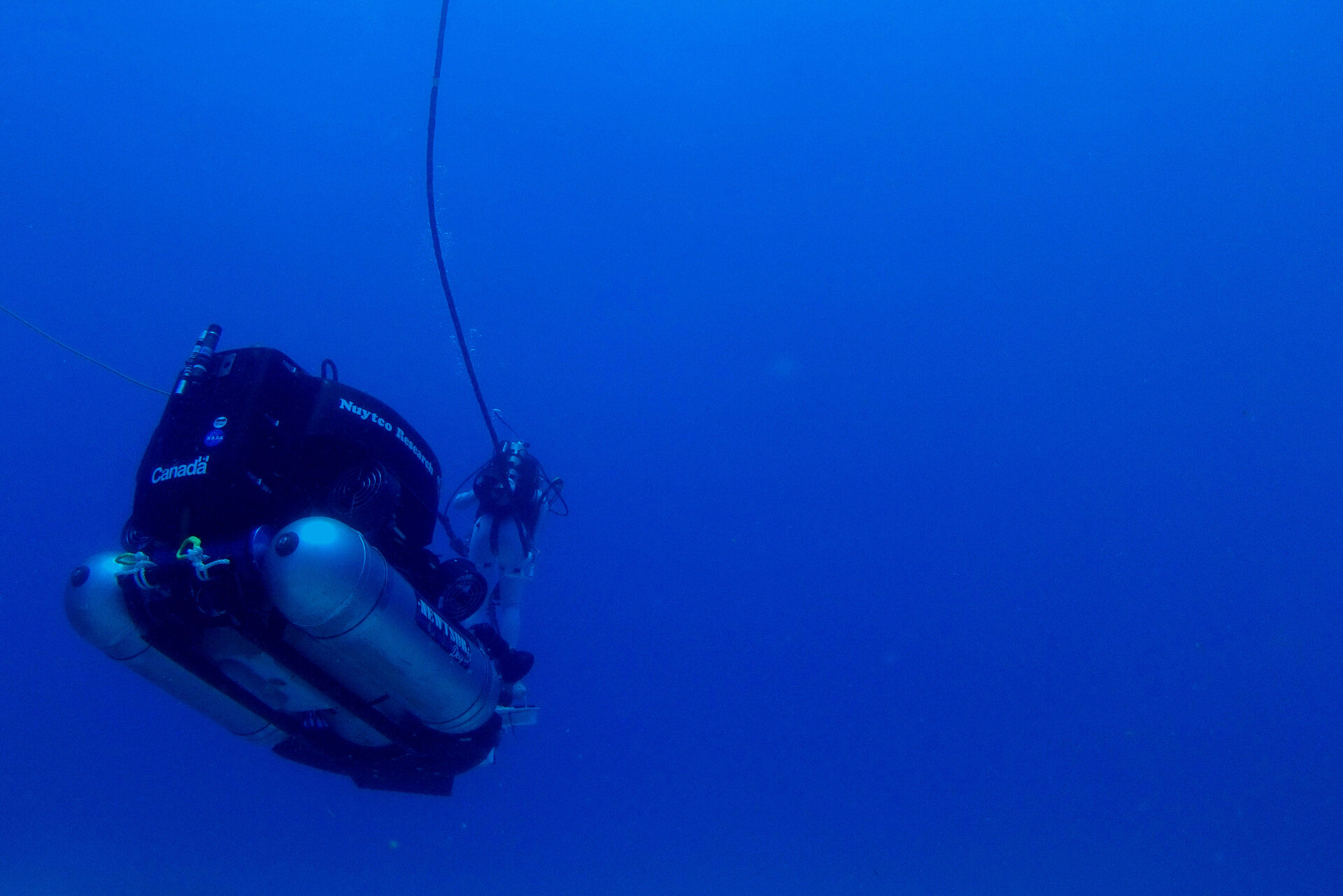 A submersible transporting a Neemo aquanaut to a simulated asteroid. In space, chipping off a piece of asteroid would require that an astronaut hold on to something, otherwise he would float away. The submersible was tested underwater as a means of getting to asteroids as well offering a stable platform for astronauts to work on. Footstraps allow aquanauts to fasten themselves to the submersible, keeping their arms free for working on the asteroid.

Neemo missions train astronauts for life in space. Living and working in an underwater base is similar to life on a space stations.During a 12-day mission, ESA astronaut Tim Peake and six crewmates lived in cramped conditions, performed ‘waterwalks’ and had to solve problems as a team to test equipment and techniques for future space exploration.