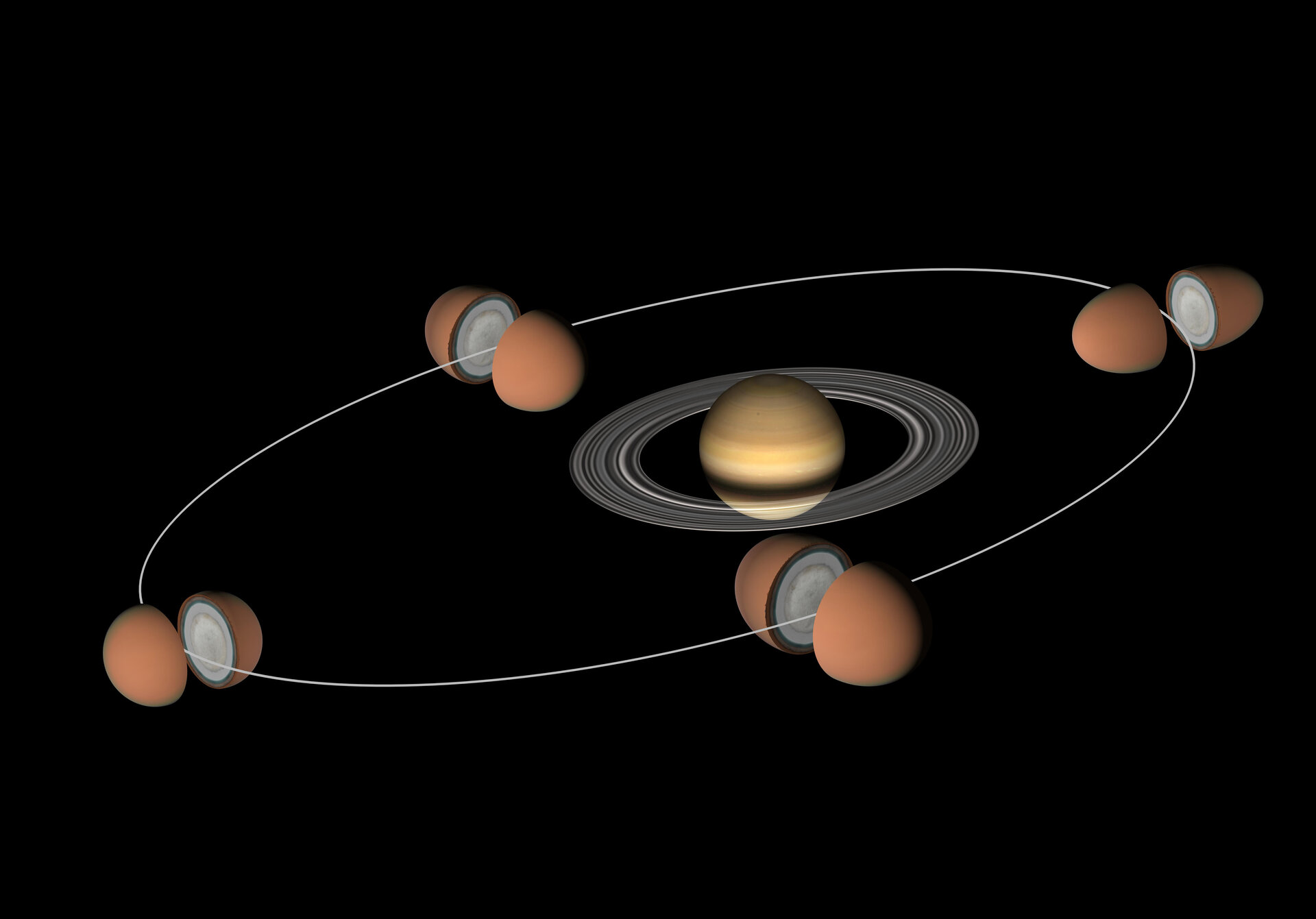 Titan orbits Saturn on an elliptical path once every 16 days.
The shape of the moon changes along its orbit because of the varying tidal
pull from Saturn such that it is stretched into a rugby-ball shape at its
closest point to the gas giant and is more spherical at its most distant
point. The change in shape causes a redistribution of mass in the moon and
therefore a change in the gravity field, which is measured by Cassini in the
form of the change in acceleration of the spacecraft as tracked by microwave
radio links with the ground antennas of NASA’s Deep Space Network. The
measurements were taken along different points of Titan’s orbit and
correspond to a tidal deformation of about 10 m. Since the amplitude of solid
tides depends on the overall rigidity of the body’s interior and on the
strength of the gravitational pull of nearby objects, Titan must have a
liquid ocean at depth to accommodate this amount of tidal deformation.