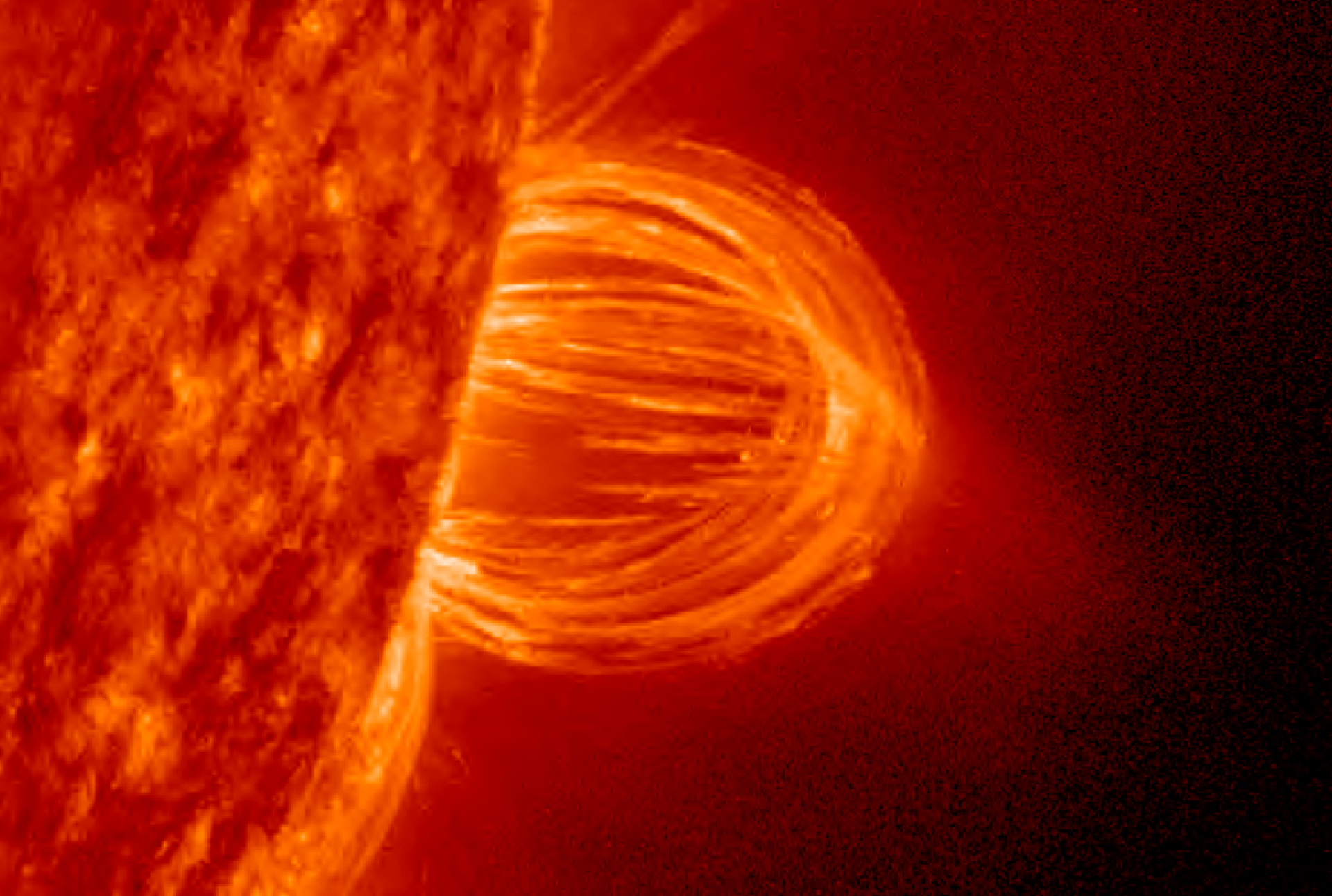 This image shows an immense M7-class solar flare seen by NASA's Solar Dynamics Observatory (SDO) on 19 July 2012 at 16:22 CEST. Its source was the sunspot group NOAA 1520, the largest seen in 2012 and the second largest so far of the current solar cycle.

The current solar cycle, SC24, is the 24th cycle since 1755, when scientists started recording solar sunspot activity. The first active region of this cycle was seen in early 2008, although the activity minimum between cycles didn't follow until some months later.