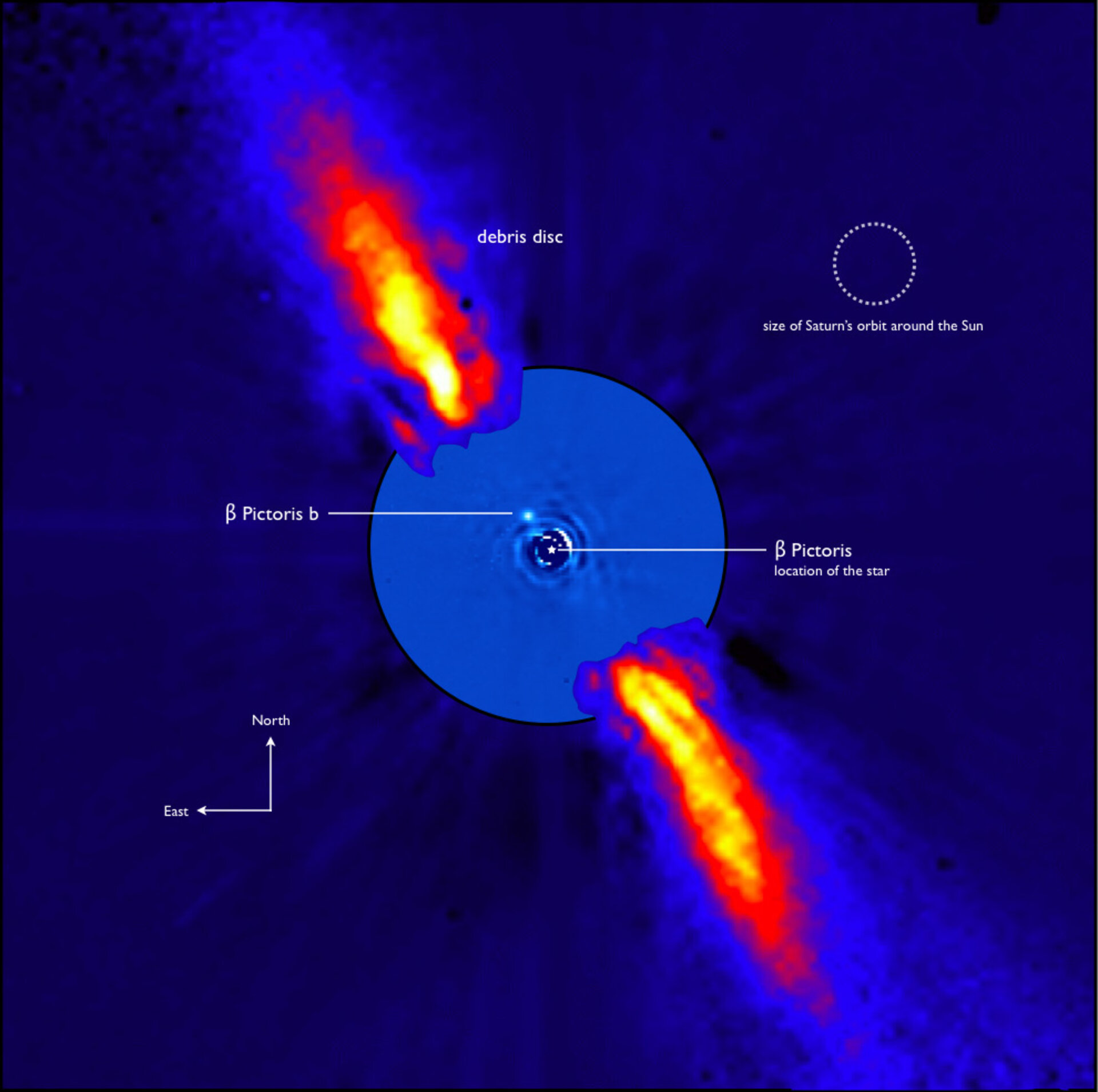 Infrared view of the Beta Pictoris solar system, obtained by combining data from the ADONIS instrument on ESO’s 3.6 m telescope (outer regions) and the NACO instrument on one of the 8.2 m units of ESO’s Very Large Telescope (inner region), and then subtracting the overpowering glare of the central star. The image shows a planet orbiting at roughly the same distance from Beta Pictoris as Saturn is from our own Sun, and a prominent dust disc in the outer reaches of the system.

New observations from ESA’s Herschel space telescope have found magnesium-rich olivine crystals in the disc that likely originated from collisions between comets: the dust shares the same compositional characteristics as in several comets in our Solar System. Furthermore, the observation of these olivines in the outer dust disc suggest that they have been transported from their birthplace close to the central star, since they cannot form under the cold conditions found further out.