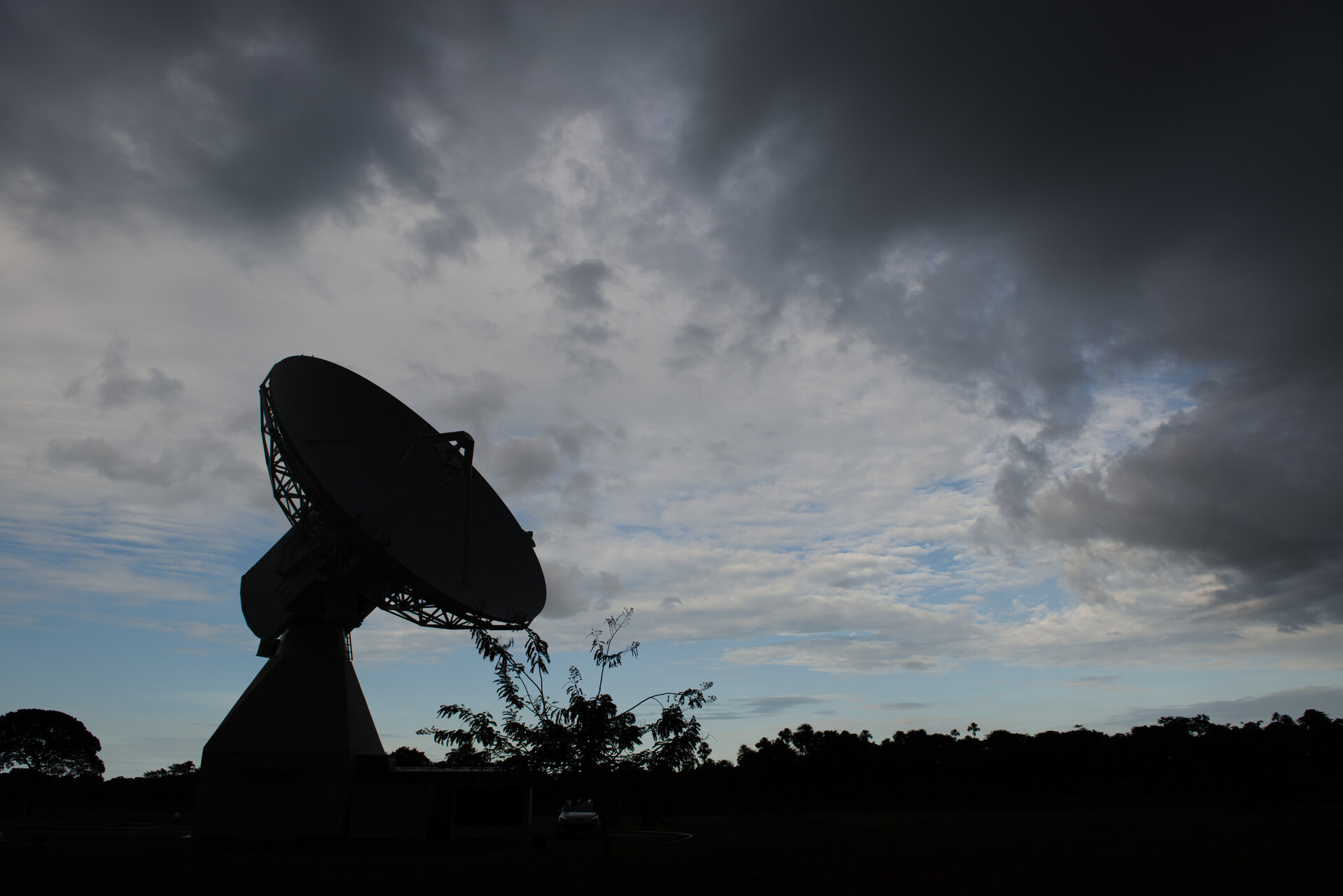 The Kourou Diane station, which features a 14.5-m-diameter antenna, is part of ESA's network of ground stations operated by the European Space Operations Centre (ESOC) in Darmstadt, Germany. It provides S-band telemetry, tracking and command
support during the launch and early operations phase (LEOP) of ESA spacecraft missions.

Due to its location close to the Equator launches from Europe's Spaceport benefit from the 'slingshot effect' caused by the Earth's spin that increase the payload capability of launchers. Moreover, a wide opening on the Atlantic Ocean provides direct access to all kinds of orbit, from near equatorial to Sun synchronous, with a network of downrange tracking stations.