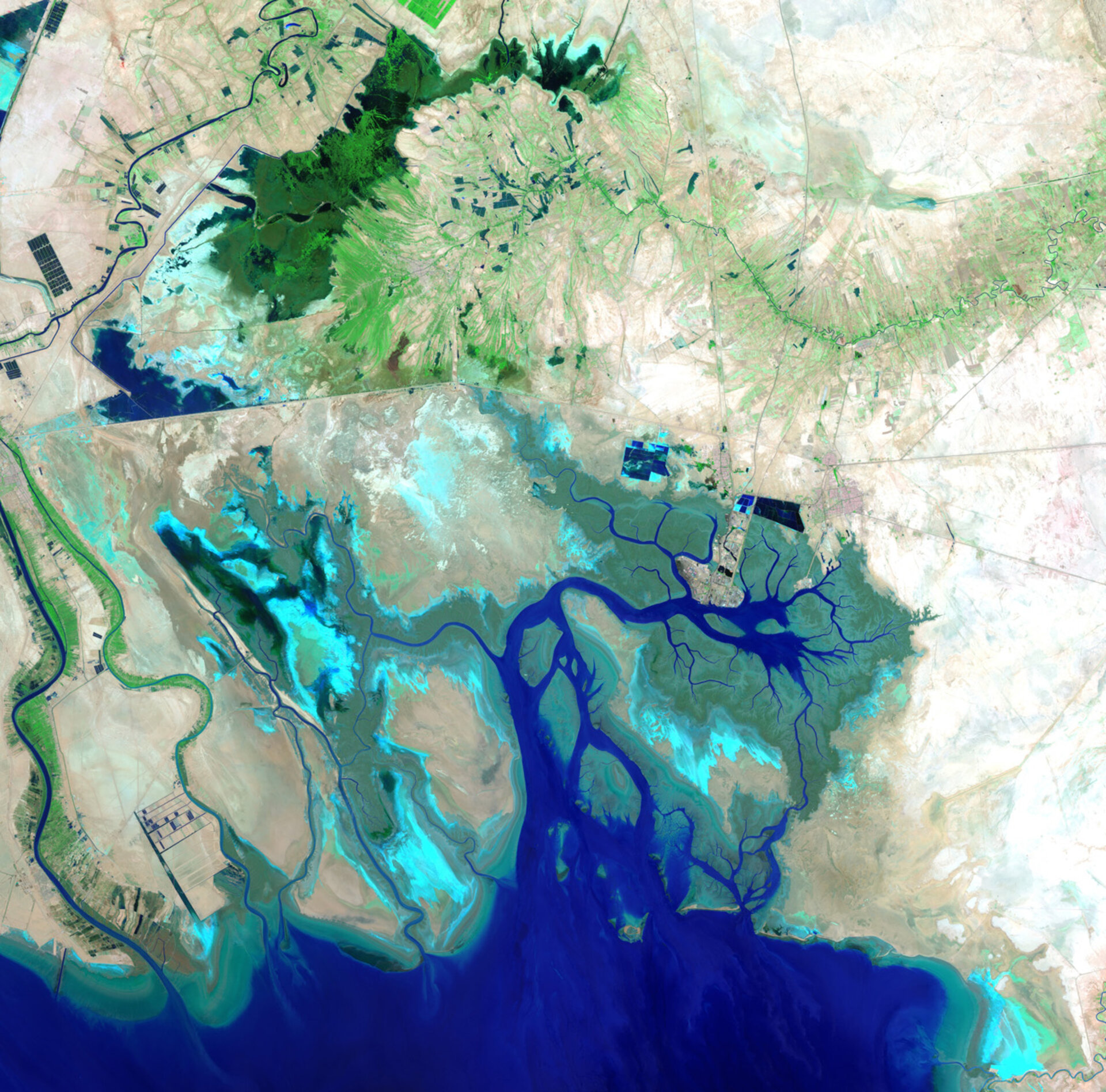 This image acquired over the Middle East shows the northern end of the Persian Gulf, along with the border of Iran and Iraq and the mouth of the Shatt al-Arab river.

The main part of the image covers Iran’s southern Khuzestan Province on the Persian Gulf.

The lines cutting through the middle of the image are roads, as well as the Trans-Iranian Railway.

In the upper-left corner, we can see part of the Karun River. It is the country’s only navigable river, originating in the Zagros mountains and running its 720 km course southwest and into the Shatt al-Arab river.

In addition to the Karun, the Shatt al-Arab also carries water from the Tigris and Euphrates to the Persian Gulf.

In the lower-left corner, we can see the Shatt al-Arab where it creates part of the border with Iraq. The marshy Faw Peninsula (part of which is visible to the extreme left) is the site of a number of important Iraqi oil installations.

The Persian Gulf and its coastal areas are the world’s largest single source of crude oil, with related industries dominating the region.

The centre of the image is dominated by the marshes and mudflats of the Shadegan wildlife refuge. It is the largest wetland in Iran, and plays a significant role in the natural ecology of the area.

The area provides a wintering habitat for a wide variety of migratory birds, and is the most important site in the world for a rare species of aquatic bird – the marbled duck.

The northern part of the wetland is a vital freshwater habitat for many endangered species.

This image was acquired on 26 July 2012 by the Enhanced Thematic Mapper on Landsat 7. Landsat 7 imagery accounts for the largest parts of Earth’s surface displayed on web mapping services such as Google Earth and Google Maps.