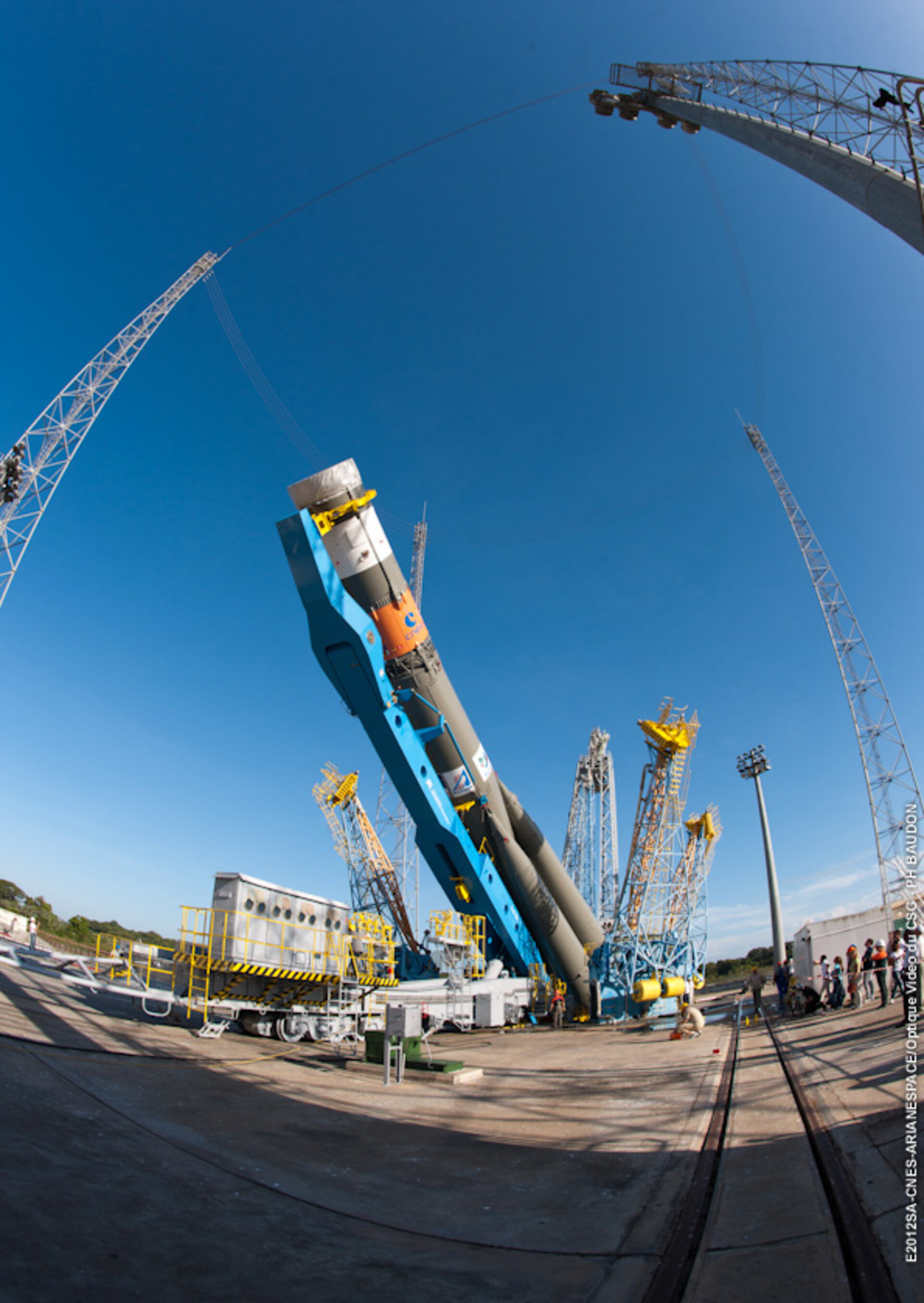 Soyuz VS03, the third Soyuz ST-B flight from Europe’s Spaceport in French Guiana, was transferred to the launch zone on 8 October 2012. The vehicle was rolled out horizontally on its erector from the preparation building to the launch zone and then raised into the vertical position. Soyuz VS03 lifted off on 12 October 2012. The launcher carried two satellites of Europe’s Galileo navigation system into orbit, completing the mini-constellation of four satellites destined to validate the system design.