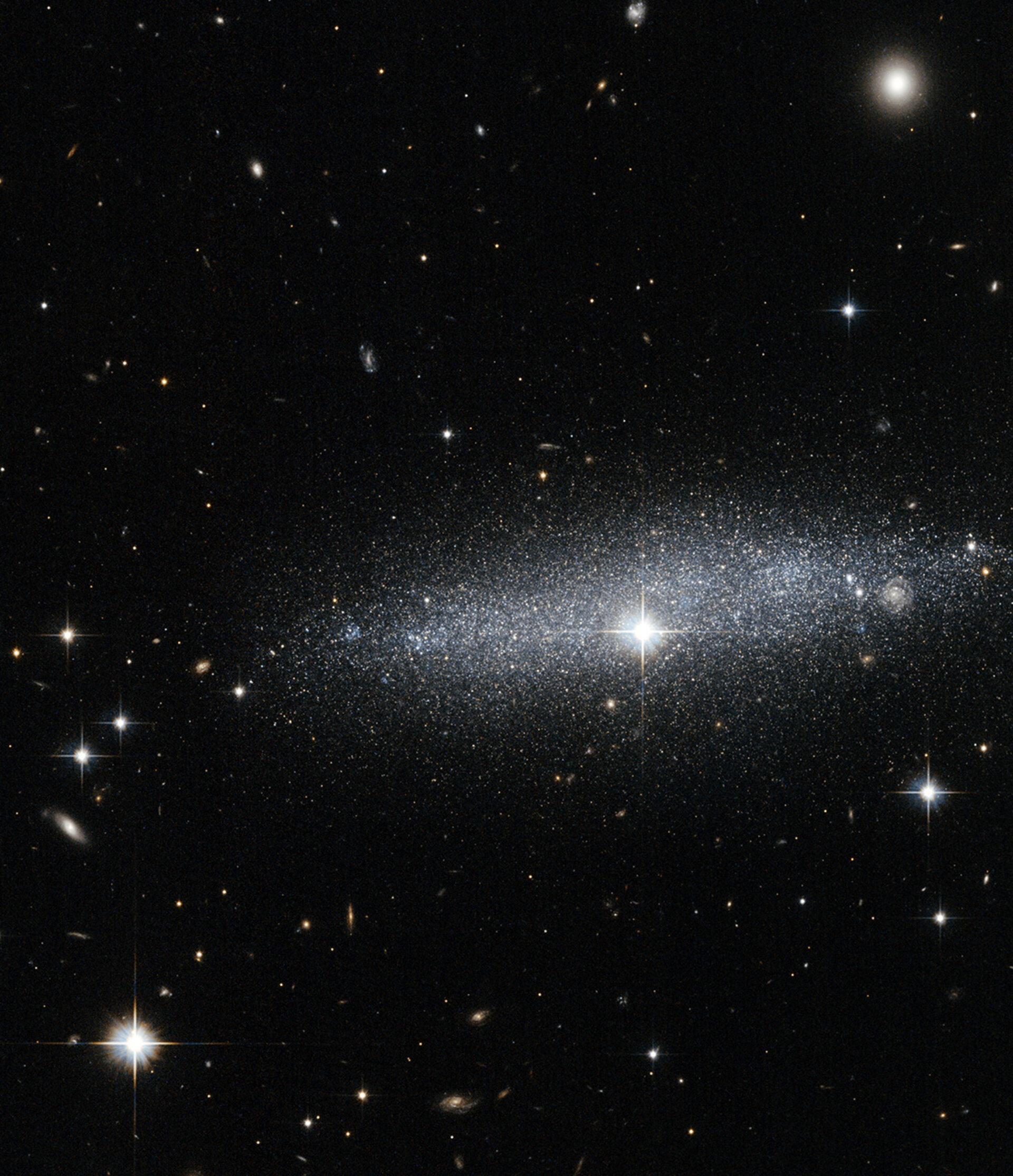 The brilliant cascade of stars through the middle of this image is the galaxy ESO 318-13 as seen by the NASA/ESA Hubble Space Telescope. Despite being millions of light-years from Earth, the stars captured in this image are so bright and clear you could almost attempt to count them. Although ESO 318-13 is the main event in this image, it is sandwiched between a vast collection of bright celestial objects. Several stars near and far dazzle in comparison to the neat dusting contained within the galaxy.