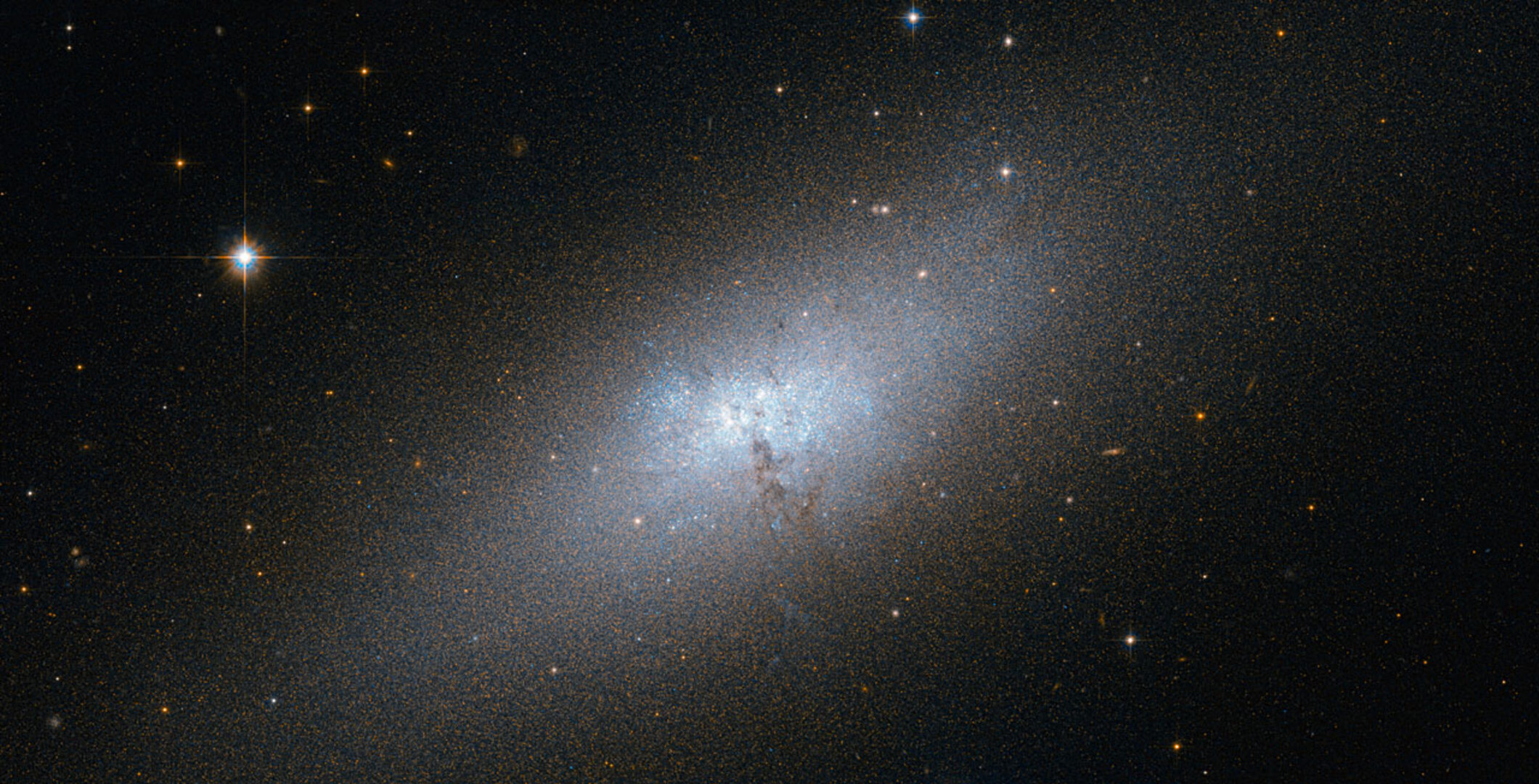 NGC 5253 is one of the nearest of the known Blue Compact Dwarf (BCD) galaxies, and is located at a distance of about 12 million light-years from Earth in the southern constellation of Centaurus. The most characteristic signature of these galaxies is that they harbour very active star-formation regions. This is in spite of their low dust content and comparative lack of elements heavier than hydrogen and helium, which are usually the basic ingredients for star formation.

These galaxies contain molecular clouds that are quite similar to the pristine clouds that formed the first stars in the early Universe, which were devoid of dust and heavier elements. Hence, astronomers consider the BCD galaxies to be an ideal testbed for better understanding the primordial star-forming process.