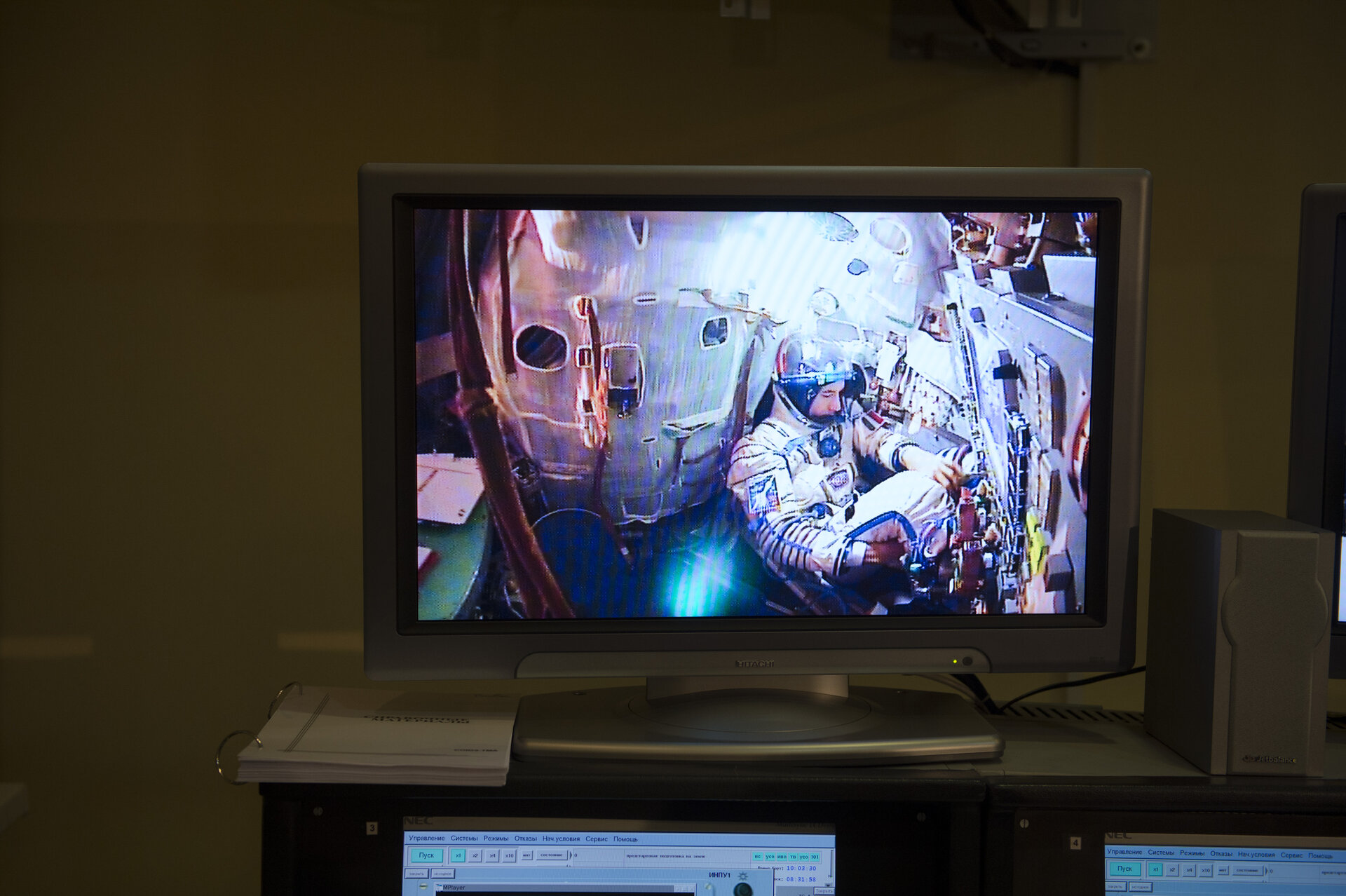 ESA astronaut Luca Parmitano in a Soyuz simulator seen on a monitor at the Gagarin Cosmonaut Training Centre, 27 November 2012.