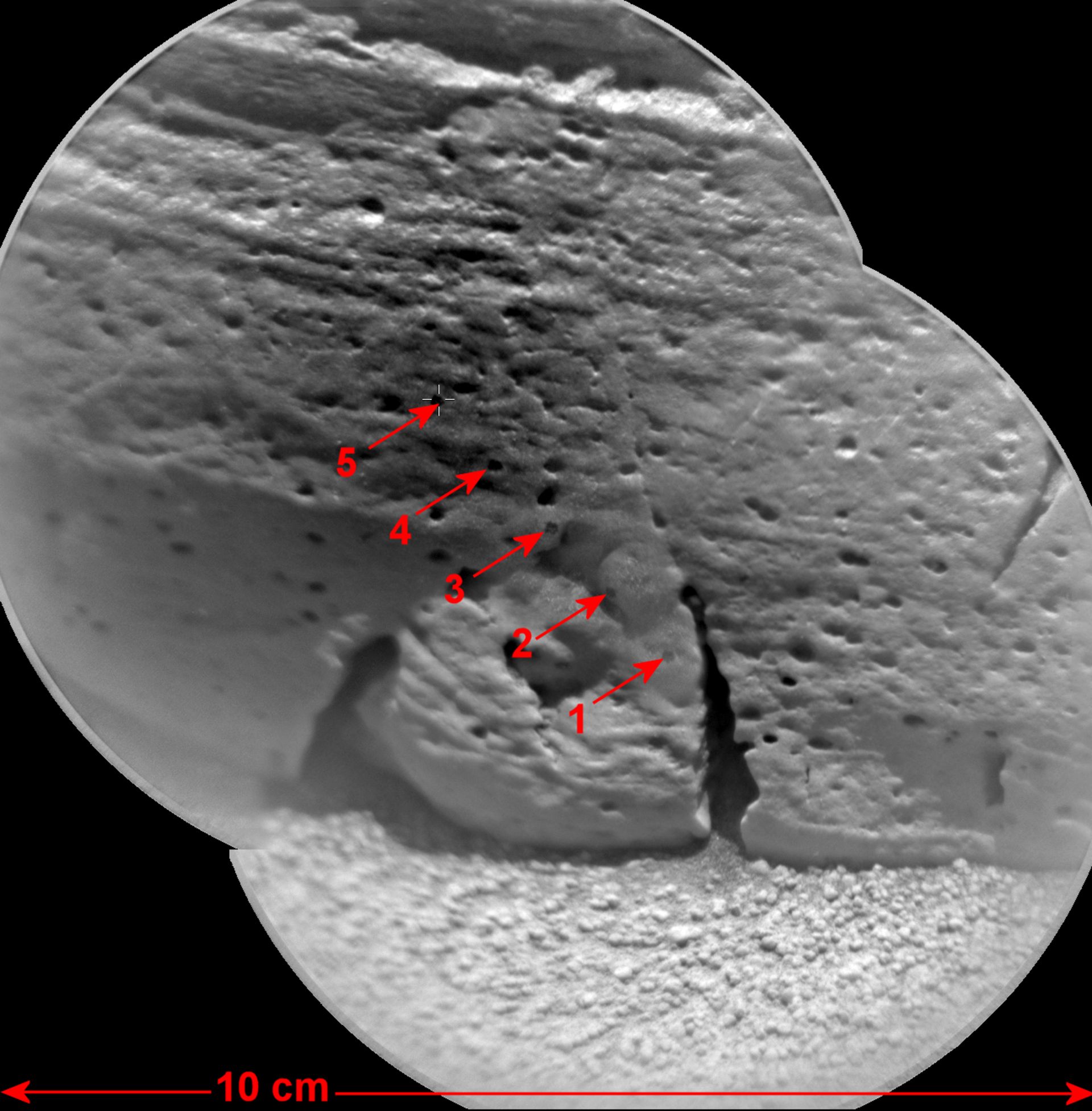 This mosaic indicates the locations of the Laser-Induced Breakdown Spectrometer (LIBS) laser observations on Rocknest3, as seen by the Remote Micro-Imager (RMI), both on the ChemCam instrument on board NASA's Curiosity Mars rover.

Two images of Rocknest3 were taken on Sol 57 (4 October 2012) using the ChemCam RMI at a distance of 3.7 m. These were was downlinked to Earth by ESA's Mars Express orbiter via the 35m deep space ESTRACK station in New Norcia, Australia.