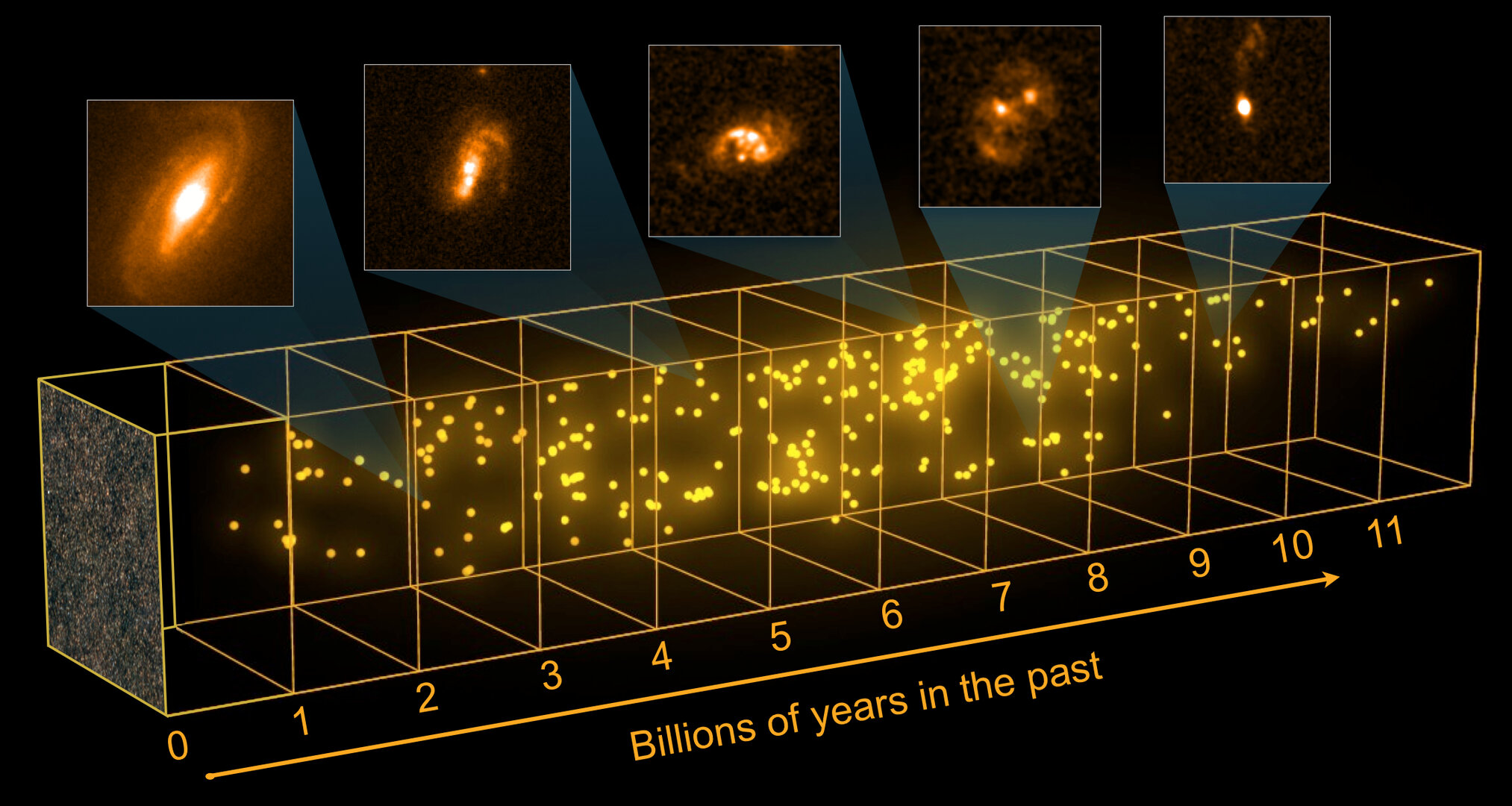 Looking back on the Universe’s history for a specific patch of the sky observed by Herschel and Keck to reveal many previously unseen starburst galaxies. This graphic shows a representation of the distribution of nearly 300 galaxies in one 1.4 x 1.4 degree field of view. In total, Keck identified 767 galaxies found by Herschel.

The galaxies were first detected by ESA’s Herschel space observatory and an example of one of the far-infrared fields of view is shown in the graphic. The redshifts were determined by the ground-based W.M. Keck telescopes.